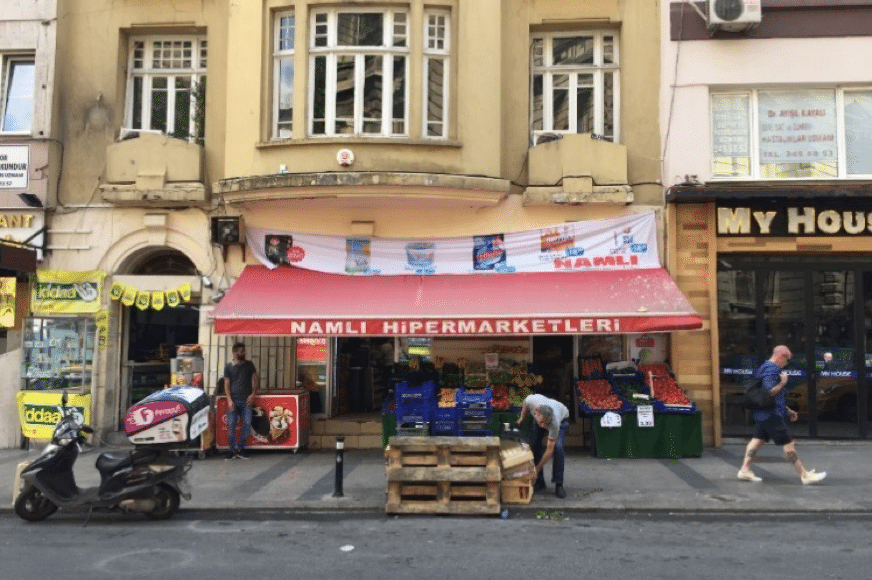 The economic and political situation in Turkey is clearly messy as the country has moved away from secularism and an autocrat has consolidated power.  While politicians communicate a desire for Turkey to remain business friendly, we believe President Recep Tayyip Ergoden is mismanaging the economy for his own political needs.  We remain optimistic, however, about the long-term trajectory of the country with its young and growing population (and labor force), low levels of public debt, its reasonably open and entrepreneurial economy, and its role as a lower-cost manufacturer for Europe. Similar to Mexico’s position vis-à-vis the United States, Turkey has a labor cost advantage in manufacturing relative to its primary market of Western Europe.  Exports to Europe represent 40% of the Turkish economy. Clearly, economic stagnation in Western Europe is affecting Turkey, but as labor costs rise precipitously in China, Turkey is becoming relatively more competitive in many new areas of manufacturing. Additionally, as the economic growth continues in the Middle East, Istanbul is well positioned geographically, historically, and culturally to be a regional financial capital as it was for a millennium after its founding in 330 AD.  We expect Turkey’s GDP and standard of living will expand meaningfully over the next two decades.

With a population of more than 80 million people and a GDP of almost 1 Trillion USD, we have followed Turkey and several interesting businesses domiciled there since our first visit to the country in 2012. Since that time, Turkey’s political situation has precipitated a continuous decline in asset values and in its currency, the Turkish lira. Our current efforts are focused on determining the potential range of operational outcomes for the businesses we follow, which have unfortunately expanded in the last several years due to the geopolitical issues. These companies are high-quality, consumer product businesses that are within our circle of competence. Even with the significant drop in the price of their securities, we must carefully determine the risk vs. reward proposition for each.

Coca-Cola Icecek (CCI) is the fifth largest bottler by volume in the Coca-Cola system. We were impressed with CCI’s consistency at points of sale throughout the city of Istanbul. They have worked to ensure that Coca-Cola products have premium placement; are offered in coolers, as cold drinks sell more readily; and have prominent signage displayed. Of their retail presence in Turkey, 60% of it is at informal retailers. The informal retailers are more fragmented than the formal retailers, making distribution difficult for new entrants and favoring established brands with sophisticated distribution capabilities like Coca-Cola.

Brand equity can vary from country to country. In the photo above, both Pepsi and Lipton tea are offered as free additions with the purchase of a bag of chips, indicating those brands are sacrificing revenue to gain or retain market share. For example, our research indicates that CCI’s Fuze Tea product has been gaining market share on Lipton iced tea. Lipton’s defensive tactic to offer free product confirms they are working to retain or recover share.

In Turkey, we have an interest in the biscuit category. Biscuits in Turkey are not like biscuits in Alabama; rather, they are sweet cookies sold in Turkish supermarkets or informal retailers and are a natural complement to coffee or tea. Turkey has long been famous for its robust coffee and teas and the preparation and consumption of coffee and tea is woven into Turkish culture. Turkey leads the world in tea with annual consumption at nearly 7 pounds of tea leaves per capita. Based on discussions with Turkish consumers, “heritage” biscuit brands or brands with distinct biscuit product types have extraordinary brand loyalty and are a staple in Turkish homes. Consumers do not readily switch between brands.

It is interesting to observe differences in retail landscapes from country to country. Turkey does not have many Wal-Mart type supercenters, but instead is dominated by small-format discounters. BIM, pictured above, is an example of a popular, small-format hard discounter in Turkey and is the largest retailer in the country. Over the last 20 years, BIM has taken a tremendous amount of share from smaller players through a simple offering of 700 mostly private-label SKUs and passing on its scale advantages to customers by promising a fixed margin. By comparison, Aldi stores in the U.S. have about 1,200 SKUs, and Wal-Mart Supercenters have up to 40,000 SKUs. Despite the success of discounters across much of the developed world, we think full service food retailers still offer an important (albeit smaller) value proposition for consumers.

We also observed SOK, a soft discounter with 1,500 SKUs, growing rapidly by offering a wider assortment including fresh produce and popular branded products. With the rise of online shopping, studying retail inventory is important. Fresh produce offerings are often a key differentiator in food retail and many times are sold at a loss to bring customers into stores. The above discount retailer, SOK, was offering fresh produce at competitive prices.

An advantage to investing in emerging markets is often the presence of a growing middle class that promises superior opportunities for revenue and earnings growth. A growing middle class also signals the presence of a long runway to deploy capital at high rates of return. We spent time taking note of crowd sizes in various places during different times of day to get a sense of how Turkish consumers spend their time and money. Above is a weekend afternoon on the popular Istiklal Caddesi shopping street in Istanbul. The street is a popular destination for the many Arab tourists visiting Turkey where one can indulge in the endless vendors of Turkish Delight, and the most popular mass-market fashion retailers such as Mango, H&M, Zara, Koton, LC Waikiki, and Mavi.  Security is prominent in the area due to its proximity to the notorious Gezi Park (note the riot police buses along the right). The red and yellow flags are hung in celebration of the victory of the neighborhood’s football (soccer) team Galatasaray in the 2017/18 Turkish Super League.