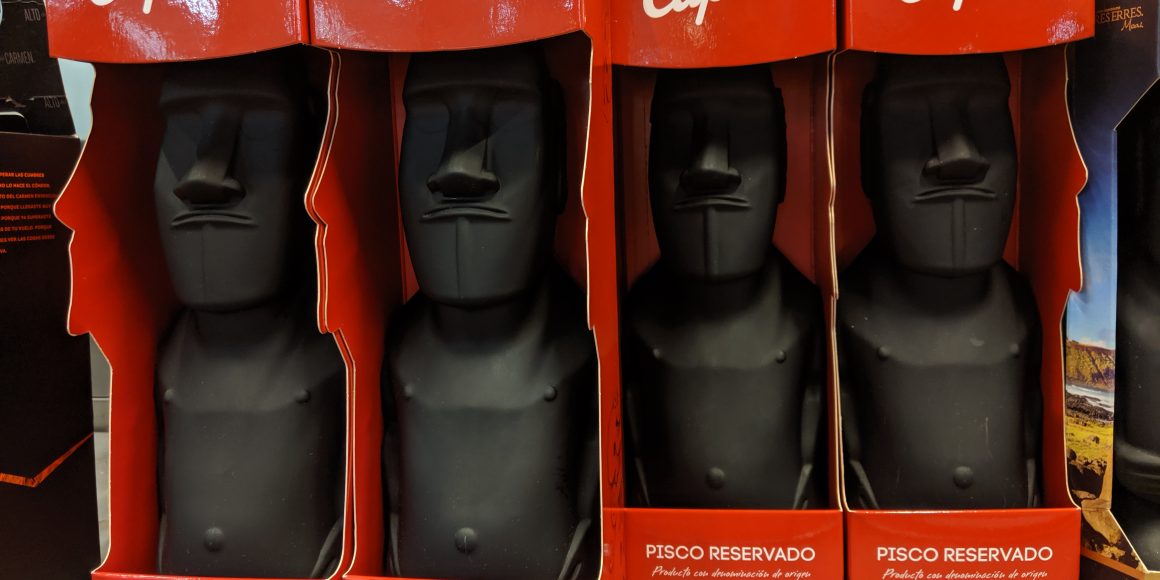 Santiago is one of our favorite cities in South America, and the place we would most likely choose if we ever had an extended stay on the continent.  The country is modern, and it has benefited tremendously from economic liberalization over the last 50-plus years.   That transition and transformation has encountered challenges along the way, particularly during the military dictatorship of Augusto Pinochet during the 1970’s and 1980’s.  Chile now ranks high in economic freedom and the human development index.

Despite general (tourism-driven) perception, Santiago is a much more modern city than nearby Buenos Aires.  The city boasts some huge malls with stores and restaurants that have global footprints.  Large and well-capitalized pharmacy and convenience store chains dot Santiago and are found across the country.

While it is based in Santiago, Coca-Cola Embonor bottles and distributes most of Chile outside of Santiago and most of Bolivia.  Even though Embonor does not distribute in the city, management is based in the capital.  We make a point to meet with the team every time we are in the country. We also have regularly scheduled calls throughout the year.  Our conversations with management are wide-ranging over a variety of topics: market dynamics, execution improvements, and strategic decisions.  A particular focus of these discussions is capital allocation, including management and Board approaches to mergers & acquisitions; organic initiatives, i.e. point-of-sale investments; returnable programs; and strategic partnerships.  For example Embonor has struck partnerships with Anheuser-Busch InBev for beer and Capel for pisco, a favorite spirit in Chile.  Alcoholic beverage manufacturers want access to Embonor’s broad and deep distribution channels, with its industry-leading reach and footprint.

VTR, owned by Liberty Latin America, is a market-leading telecommunications provider in Chile.  With the global tailwind for data access and consumption combined with Chile’s economic success, Chile is a competitive market.

In a bit of trivia, Chile is the southernmost country in the world, although the length of the country north to south translates to a variety of climates.  The Atacama Desert to the far north (bordering Peru) is the world’s driest, with a Mediterranean climate in the center of the country, and an oceanic climate in the Patagonia south (including alpine tundra and glaciers).

Los Lagos is a region in southern Chile known for its forests, Andean mountains, and lakes.  The regional capital Puerto Montt is a busy port with a wooden neoclassical cathedral.  Active volcanoes nearby include Osorno, with its glacier-capped cone and status as one of the most active volcanoes of the southern Chilean Andes, and Calbuco.  To the south, Chiloé Island is known for its wooden churches and fjords visited by whales.  Its capital city, Castro, has colorful houses built on stilts.

We flew from Santiago to Puerto Montt in order to explore the Los Lagos region. We rented a car and drove through the area, visiting various small towns and a few national parks.  The Vicente Perez Rosales National Park is located between Puerto Varas and Puerto Montt and protects the body of Todos los Santos Lake.  It is noted for its similar appearance to Mt. Fuji, although we saw it in more overcast conditions.  The impressive Petrohué River, famous for its fishing waters full of diverse species, is also within the park.