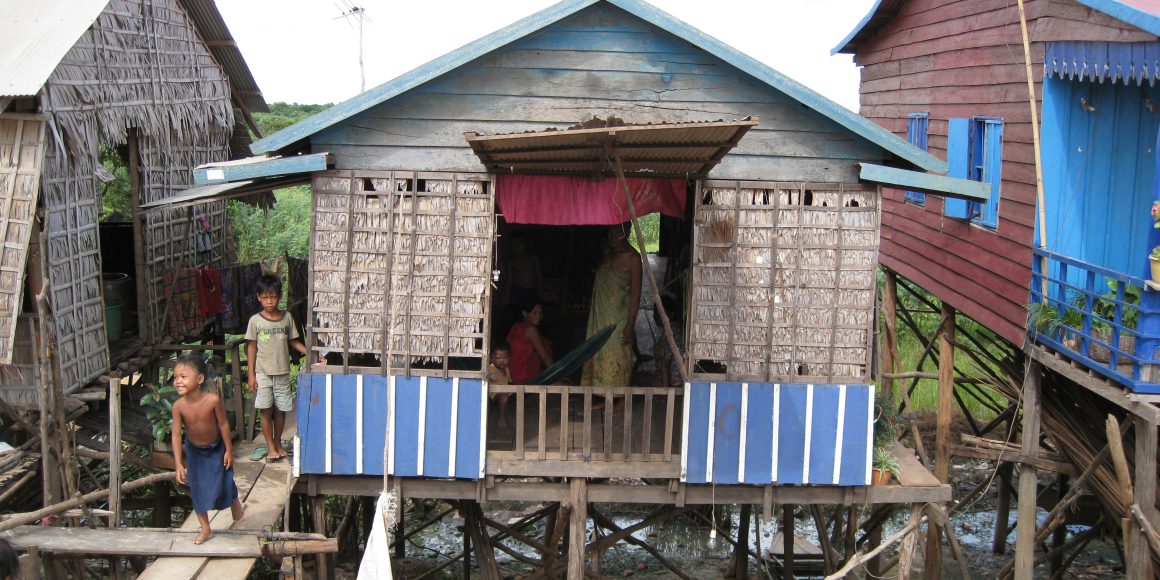 Phnom Krom is one of the poorest places in Cambodia.  The families in these pictures live along the road leading to Tonlé Sap, which is the largest freshwater lake in South East Asia.  The lake is filled part of the year by the Mekong River and is of paramount importance to Cambodia’s food security, economy, and cultural heritage.  It was humbling to see the level of poverty in the community, notably because the people live in an area accessible to rich, natural resources.  Every half a mile or so along this road, there is a well drilled by the United Nations and donated by a particular country.  Despite no running water, we saw TV antennas on every single house.  We were told that a 13″ black & white TV is run off of a car battery, which are recharged down the road at a gasoline generator every three days; color televisions are often avoided as they use more electricity.  Apparently, there are three stations on the TVs. 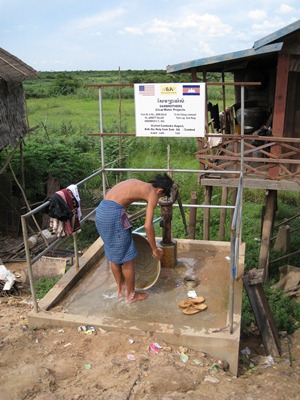