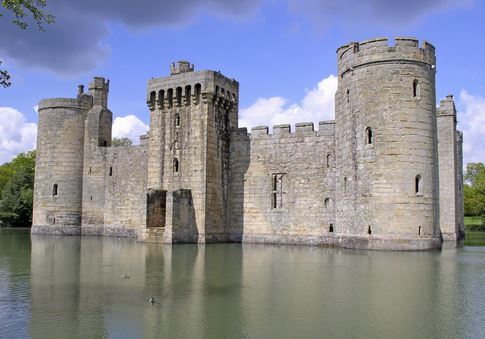 We often talk about a “moat” around a business. A moat is a sustainable competitive advantage that allows a business to earn outsized returns on capital over time and allows us to better predict the future prospects of a business. We could not buy businesses with conviction without a moat. While a moat is a nice metaphor, what does one really look like? To identify a moat it is critical to fully understand the customer’s decision.

First, what is the price elasticity of the customer’s demand? How sensitive is the customer to the company changing prices a small amount higher or lower? A large change in quantity demanded with a small change in price indicates relatively elastic demand. A small change in quantity demanded with a large change in price indicates a relatively inelastic demand. A business with a moat has relatively more inelastic demand for its good or service. If you look at a traditional demand curve, where the Y-axis is Price and the X-axis is Quantity, a steeper curve represents more inelastic demand for a good. Our job is to approximate the slope of the demand curve in the relevant range. 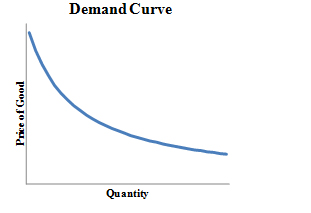 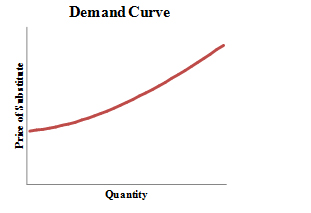 Third, what is the cross elasticity of demand for a given complement?  A complement is a good that generally is used in conjunction with another good.  The classic example of a perfect complement is a right shoe for a left shoe.  Clearly a consumer’s demand for a left shoe is going to be inelastic for changes in the price of a right shoe.  A more elastic example would be the quantity of tortilla chips demanded given a change in the price of salsa.  The number of tortilla chips demanded will change slightly but not dramatically given a change in the price of salsa.  Once again, if you look at a chart where the Y-axis is the Price of the Complement and the X-axis is the Quantity, the steeper the slope, the more inelastic the cross elasticity of demand is for a given complement.  Any good has many complements of varying elasticities, and the investor must approximate the slope of these curves to estimate the sustainable competitive advantage. 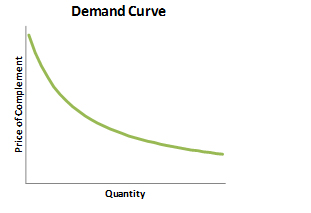 Many other factors exist that affect demand.  For instance, the demand for some goods such as Crocs is sensitive to time.  Other goods like M&M’s are basically immune to this factor.  The demand for Crocs is almost certainly a fad, while the demand for M&M’s is not likely to change for a long time.  Estimating these types of relationships is also critical to understanding a customer’s demand for a good.

The relationship between these substitutes, complements, and the price of the good itself can be expressed as a multivariate surface.  Below is an example of a demand surface in three dimensional space, but the relationship exists in a surface that can be defined in N-dimensional space, where N is the number of factors affecting the quantity demand for a good plus the quantity dimension.  A similar supply surface can be estimated taking into account such factors as the cost of capital, cost of labor, cost of inputs, changes in government regulation, time’s effect on competitors’ capacity, etc. 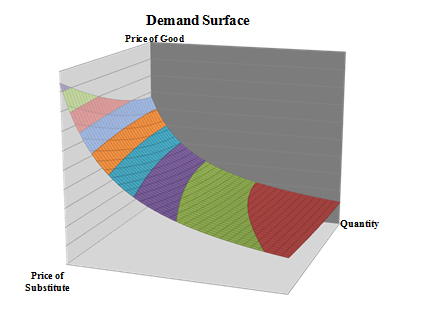 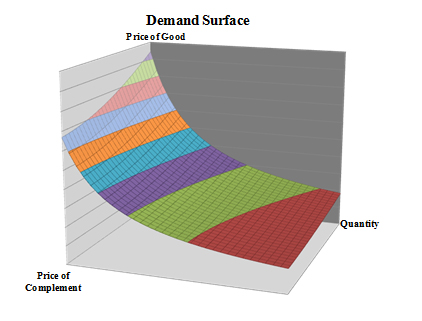 Understanding a business’ moat is really about estimating the demand and supply surfaces in N-space.  The shape of these surfaces over the relevant range with respect to each variable defines the company’s moat.  The investor cannot ignore any variable in the N-dimensional surface.  Not understanding what time is going to do to the demand for Crocs or what the price of housing is going to do to the sales of Whirlpool will lead to serious errors in our estimates of a business’ intrinsic value.  The shape of a company’s demand and supply surfaces is critical to predicting the future prospects of the business.