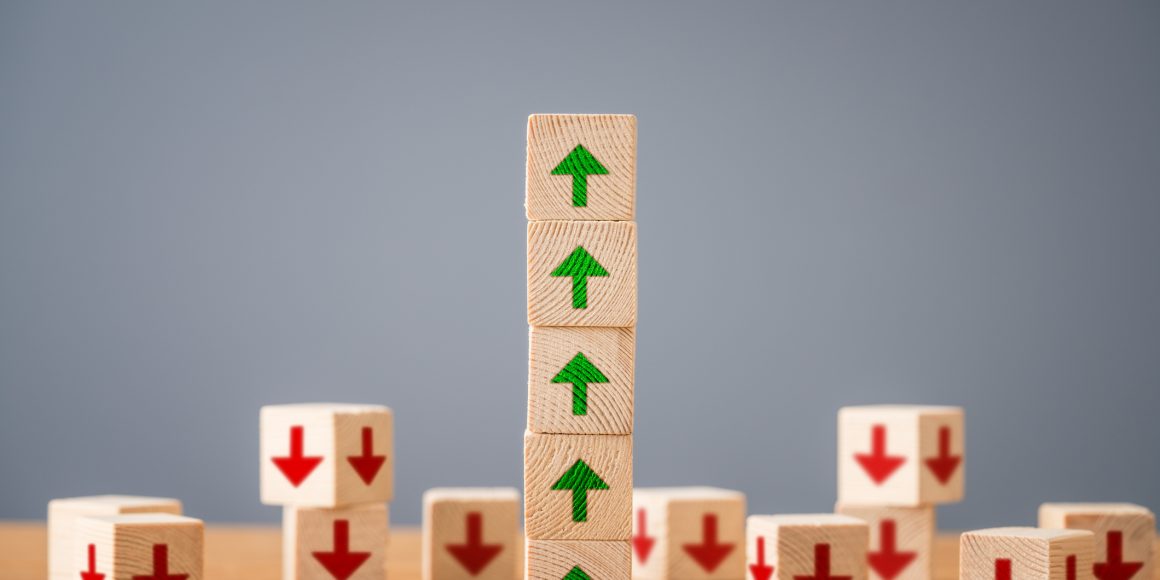 The great 19th century mathematician Carl Jacobi was fond of saying that when you encounter a tough problem, “Invert, always invert.”  This principle has applications in many fields, not the least of which is investing.  The purpose of investing is to make money.  Using Jacobi’s principle we ask the question, “How do we not lose money?”

We start with the assumption that markets will approximate intrinsic value in the long-run, but there is no limit to how dislocated markets can become in the short-run.  This assumption is at the core of all logical value investing.  Our job is to purchase irrationally underpriced securities and have the perseverance to hold them until they approach their intrinsic value while recognizing that they can become more irrationally priced in the interim.

Let us examine this principle from a single-company standpoint first.  To begin with we attempt to avoid companies whose long-run expected value is zero.  We suspect that this is the status of a large percentage of all companies.  For instance many financial companies are managed to maximize profits and to be able to survive an x year flood but not a 2x year flood.  A common way that they look at risk is by VAR, or ‘Value At Risk.’  VAR is simply a statistical tool that roughly says P% of the time (usually P is 95-99%), we will not lose more than $D in a day or some such period.  Even if one makes the huge leap that the inputs in such a calculation are correct, the output says absolutely nothing about the remaining 1-5%.  Those outcomes do occur by definition.  Your losses on those days could be many times higher than your “measured” risk.  We put “measured” in quotation marks because the risk manager is substituting false precision for actual understanding of the risks faced.  The model produces a nice, neat number, but it is subject to Garbage In – Garbage Out.  One can also question the implicit assumption of normality in this system.

Inherent in this management policy is the undeniable admission that in the long run the company will be worth zero.  Preparation for the proverbial 100 year flood means that the 200 year flood will almost certainly wipe you out.  This system does not strike us as a good model for making money.  Human nature tends to systematically underestimate the likelihood of a major flood by a factor of two to ten, resulting in more permanent losses of capital than planned.

We recognize that this reasoning is essentially a critique of any business model that requires leverage to earn an adequate return on capital, especially financial business models.  We suspect the model persists for a couple of reasons.  First, managements typically are trying to maximize profits on their watch and are not incented to ensure the durability of the business.  Second, financial businesses are basically commodity businesses in which it is hard to be smarter than your dumbest competitor.  A “winner’s curse” phenomenon exists (see Richard Thaler’s work).  If competitors recognized the certain demise of their businesses, the profits in the intervening years paid out as dividends would perhaps more than make up for the catastrophic losses when the floods arise and allow for an acceptable return on capital invested.  We do not expect industry participants to see the world as we do anytime soon.  As such, we will continue to remain on the sidelines in most financial businesses.

Leverage is just one way of many that causes companies to fail. You can imagine all sorts of scenarios that would cause a company to lose its business including:  new technology, legal liability, strong competitors, shifts in tastes and preferences of consumers, labor risks, economic slowdowns, natural disasters, management fraud, etc.  We try to brainstorm the myriad of ways that we can lose all or a significant amount of money in an investment.  We then try to estimate the likelihood of such an event and adjust for the human tendency to significantly underestimate the frequency of such events.  We find this to be the only rational way to limit individual company risk.

For example, we are invested in the convertible notes in a Chinese infant formula producer.  A recent, much-publicized scandal has emerged where some producers were selling tainted milk, which resulted in the tragic deaths and sickness of many babies.  Most of the largest Chinese producers have been implicated in the scandal.  The company we have invested in has been given a clean bill of health after extensive government testing.  This safety is a direct result of the senior management’s deep commitment to high quality products.  The list of ways that we can lose all of our money in this company is long.  Two prominent such events on our list when we invested initially were the government risk and a company-specific health scandal.  However, we lacked the imagination to predict an industry-wide health scandal that did not affect our company.  The opportunity created by this situation is immense as consumers search for a brand they can trust.  We hope that the company seizes this opportunity and thereby overcomes some of the growing pains it has endured in the past.  This investment remains by far the one with the most ways for us to lose all our money but also the investment with the highest possible return.  While this situation yields the highest expected value, we control for the risk of permanent loss of capital by position size.

The company-specific model of “How do we not lose money?” is easily generalized into a method of portfolio construction.  While we build a portfolio of securities one business at a time, we cannot ignore the additional and sometimes correlated risks of owning groups of businesses – that is, a portfolio.  If you assume as we do that the short term irrationality of the markets is limitless, employing leverage at the portfolio level will always result in bankruptcy in the long term.  We do not think it makes sense to employ a strategy that might be more likely to achieve higher returns in a certain year if the only real upside is larger fees for the managers.  The cost, certain long-run bankruptcy, is far too high.

Another aspect of avoiding permanent capital loss at the portfolio level is to ensure that multiple investments do not share the same individual risk of permanent capital loss.  This situation is the illusion of diversification.  A manager might decide that an auto insurer, a life insurer, and a super-cat reinsurer are all cheap, winding up with 30% of the portfolio invested in these companies.  One might observe no correlation between the results at these three businesses for a long period of time, but does that mean that they are not correlated?  Well, what if a major earthquake strikes southern California?  All of a sudden these companies have huge correlated losses at the same time.  While it is not pleasant to contemplate such events, one ignores them at one’s own peril.

We try to be diligent and realistic in the ways our investments can fail.  We demand a margin of safety in the prices we pay for businesses to try to mitigate the chances of permanent capital loss when one of these events occurs.  We also strongly prefer to invest in businesses where the chance of permanent capital loss is very low.  We believe that these policies are a significant factor in Cook & Bynum’s substantial outperformance over the last seven years.