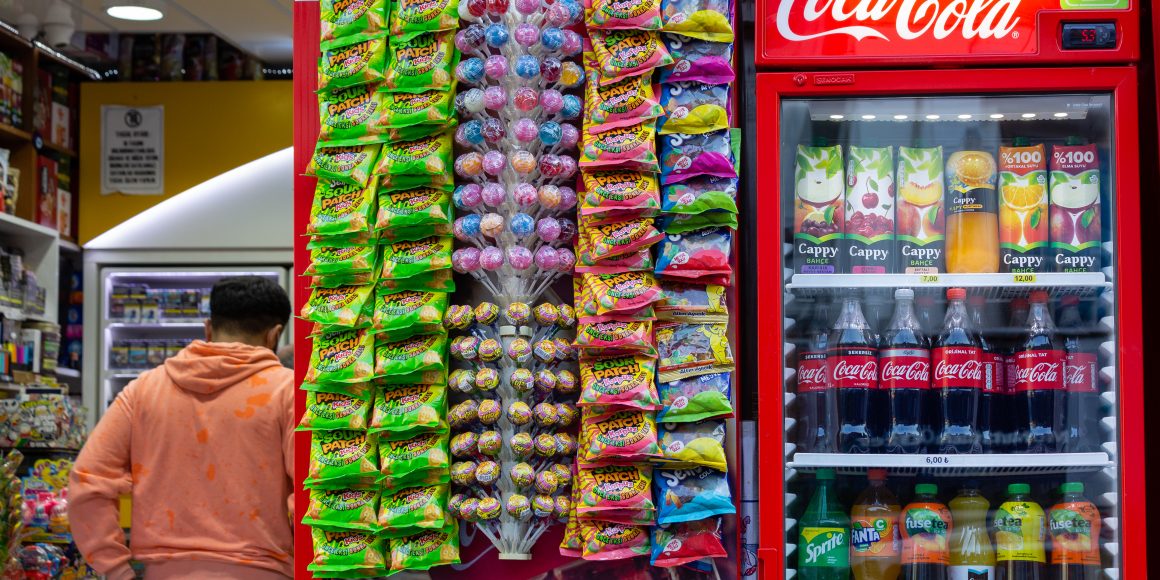 One of the key characteristics that we prize with bottlers is the underlying reliability and predictability of their earnings. In past economic downturns, the performance of these businesses was particularly resilient, as consumer demand for their goods was income inelastic, meaning revenues and earnings held up well even in difficult macroeconomic conditions. Volumes, sales, and profits barely budged during the Great Financial Crisis in 2008 and 2009. COVID presented a different challenge, as the mobility restrictions that were part of the public response to COVID (to varying degrees depending on the country) prevented consumers from accessing products. Even then, underlying demand was steady, although the route to market channels did change in many places. Where consumers were previously buying on-the-go Cokes, waters, and energy drinks at restaurants, sporting events, or convenience stores, they instead concentrated their purchases in supermarkets, neighborhood markets, or warehouse stores. This shift moved consumption more towards familial sizes from single serve offerings, which was a small headwind to profitability since larger package sizes have lower margins. Underlying demand, however, held up well.

Going forward, volume, revenue, and earnings growth will come from multiple sources. People in emerging markets will buy more ready-to-drink beverages as their incomes grow, which will drive per capita consumption gains. A shift in the sales mix towards higher-margin single serve offerings will improve revenue and profit per ounce, which will be reflected in better margins on balance. Finally, The Coca-Cola Company’s dedication to innovation as part of its “Total Beverage Company” strategic initiative should create new brands and offerings to meet consumers’ evolving preferences. And beyond Coca-Cola’s offerings, our bottlers are exploring, with The Coca-Cola Company’s support, alcoholic beverage distribution. They have struck deals with global players like AB InBev and Diageo and local companies like Capel in Chile. Arca has expanded its original Topo Chico brand that dates from the 1800s by launching Topo Chico Hard Seltzer.

Our group of bottlers remains cheap on an absolute and relative basis. The best emerging market bottlers deserve valuation parity, if not premiums, to developed market bottlers because of superior growth opportunities and better profitability.

Figure 2. Our Bottlers Trade at Significant Discounts Across the Board

The implied valuation of Coca-Cola European Partners’ announced acquisition of Coca-Cola Amatil, which operates in both developed (Australia and New Zealand) and developing markets (Indonesia and Papua New Guinea), also indicates that our bottlers are deeply undervalued. The Amatil deal is valued at 11.6x enterprise value-to-EBITDA, which is above the 11x average enterprise value-to-EBITDA multiple paid in acquisitions within the Coca-Cola system over the past decade. These multiples much more closely reflect intrinsic value for a large bottler and are a huge premium to where our bottlers trade currently.

A brief recap of 2020 results and our future expectations for each bottler in the Fund’s portfolio follows immediately below. For context, our bottler (and brewer) investments have significant exposure to consumers in South American countries where COVID case counts and deaths are high, mobility restrictions still exist for now on a rolling and targeted basis, and the size of the middle-class has shrunk temporarily because of large GDP contractions. As the Southern Hemisphere enters its winter season with low vaccination rates, we expect economies to remain weakened for the next six months (Chile is a notable exception). We do anticipate vaccines to be widely available in South America by the end of the 2021, which should end the pandemic on the continent. At that stage, increased mobility will be an additional and growing tailwind.

The emerging market Coca-Cola bottlers that constitute this division sell for their lowest valuations since the bottom of the Great Financial Crisis in 2009:

Figure 4. The Fund’s Investment in Emerging Market Bottlers Has Grown as Valuations Have Become More Attractive

These durable, entrenched, non-cyclical companies have good corporate governance, carry low leverage, and have market caps averaging USD$4 billion. They sell at about 10 times 2019 operating income (EBIT) and at less than 7 times enterprise value-to-EBITDA. These prices are not only sizeable discounts to our estimates of their intrinsic values, but they are well below the valuations at which less sophisticated, smaller bottlers in emerging markets sell for in private market transactions. Since June 2011, thirteen Latin American bottler transactions have taken place at an average enterprise value-to-EBITDA[1] multiple of nearly 12 times, a 70% premium to where emerging market bottlers now trade. This October, Coca-Cola European Partners just announced its intent to acquire Coca-Cola Amatil, a primarily developed market bottler, for ~11x enterprise value-to-EBITDA multiple. To further contextualize this valuation gap, Pitchbooks reports that U.S. middle market private equity transactions averaged 13 times EBITDA in 2019. On average, the companies involved in these private equity deals are smaller, less competitively entrenched, and more levered.

Notably, the universe of public emerging market bottlers is trading at the widest discount to its developed market peers in at least the last two decades. This relative discount is despite these emerging market businesses having better demographic tailwinds, superior brand equity, and more sustainable distribution advantages that manifest as faster growth, higher market share, and healthier margins. For example, the emerging market bottlers cited above earned 2019 operating margins of 13.1% versus 10.3% for their developed market peers. In addition, we believe the Coca-Cola system’s encouragement of alcohol distribution is creating the possibility of additional growth and operating scale. In Chile, Fund holding Coca-Cola Embonor is now distributing Diageo spirits and the country’s largest pisco brands. In November, Embonor will begin distributing Anheuser-Busch InBev’s beer portfolio in the country. The breadth of Embonor’s distribution will almost instantly add significant market share for AB InBev, which makes Embonor a great partner with no effective substitute in its territory. Arca Continental has launched Topo Chico Hard Seltzer to provide an offering in Mexico for an alcohol category that is exploding in the U.S. These examples are representative of new opportunities for these companies to leverage their outstanding distribution networks.

Of course, we recognize and appreciate the risks inherent in emerging markets, which introduce macroeconomic concerns like currency volatility/depreciation and political uncertainty. For example, adverse foreign currency movements so far in 2020 have depressed the Fund’s U.S. dollar returns. We control for these risks in a couple of different ways. First, we carefully evaluate countries for their rule of law, geopolitical stability, and the prudence of their fiscal and monetary policies. For example, we have focused our South American investments primarily in Peru and Chile, which have embraced and maintained free market reforms leading to better GDP growth and improved quality of life versus the experiences of countries like Argentina and Venezuela. Second, we look for balance sheets with little leverage to weather the inevitable bumpiness. The Fund’s Coca-Cola bottlers have an average net debt to operating earnings ratio of 2.4x and an average net debt to EBITDA ratio of 1.6x. This conservative approach has numerous benefits, including maximizing financial and strategic flexibility when there is macroeconomic/currency volatility and reducing interest rate exposure at the higher rates that can prevail in these markets. Finally, we gravitate towards businesses with pricing power such as bottlers, which allows them to successfully combat bouts of inflation with price increases that could otherwise eat up our returns on a U.S. dollar basis.

As reflected in the light grey area in the background of Figure 4, we have used the contraction in valuation and the deepening discounts to intrinsic value to increase the amount of the Fund’s capital invested in our carefully selected group of emerging market bottlers. The mobility restrictions in Latin America as part of the COVID-19 response in the region have certainly impacted near-term results, but trends continue to improve and will not have a permanent effect on the businesses. We expect a return to normal operating conditions in 2021, and our South American bottlers are already benefitting from the start of spring in the Southern Hemisphere. Prospective returns are compelling from current prices – as good as they have been in more than a decade, and perhaps even in multiple decades. The Fund’s investments in emerging market bottlers collectively have an 9% yield on normalized owner earnings, and we expect this attractive profit stream to grow over the next decade. This combination implies compounded annual returns of 12-15% over the long term. As importantly, the predictability of these businesses limits the likelihood of poor long-term operational results.

[1] We prefer multiples of operating earnings or owner earnings, but only multiples of  EBITDA are available.