Zuma’s Got to Go 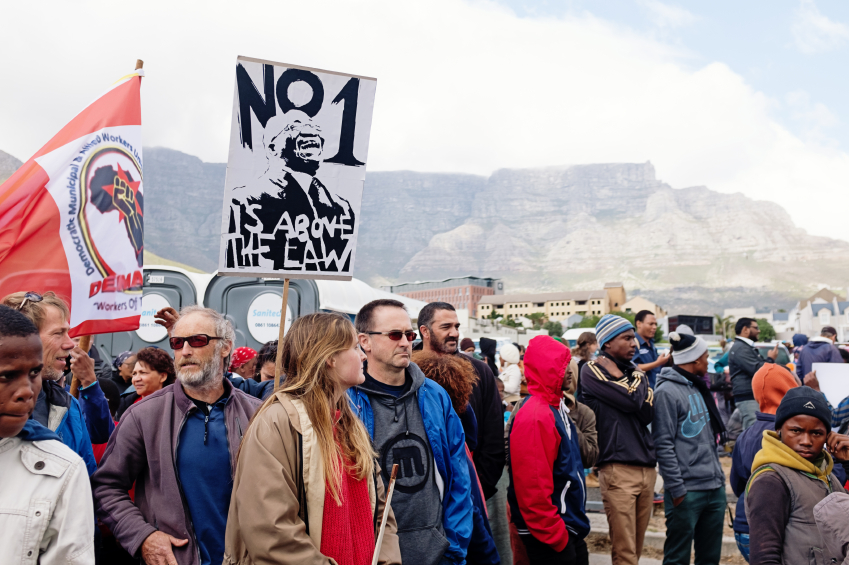 Richard recently returned from a research trip to South Africa, and he had a number of opportunities to better understand the political and cultural landscape in the country.  Although there is not much political agreement among the lower, middle, and upper classes in the country, it does seem that most everyone can agree that President Jacob Zuma — who has faced a series of corruption charges throughout his career — must go. However, Zuma’s ruling African National Congress (ANC) still has broad support, as the party will likely remain in power once Zuma ultimately exits.

South Africans across the political, social, religious and racial divide have marched through the country’s main cities to protest against massive corruption blamed for hampering development and widening the wealth gap.  In the first widely supported march against graft since democracy came to South Africa in 1994, as many as 10,000 people marched to the Union Buildings, the seat of government in Pretoria, where a petition was handed in signed by 200 organizations.  Among its demands were that President Jacob Zuma pay back some of the 200 million rand (£15 million) spent on revamping his Nkandla country home — a major bugbear for South Africans which has caused Mr. Zuma’s popularity to plummet even among the staunchest supporters of the ruling African National Congress.

Further marches took place in Cape Town, Polokwane, Grahamstown and Durban. They were supported by prominent South Africans including Archbishop Emeritus Desmond Tutu, who said the current ANC leaders were no better than the apartheid regime.  “A society that assigns resources on the basis of peoples’ proximity to power is no less sinful to one that assigns resources on the basis of skin color,” he said.

Corruption in South Africa is said to have resulted in as much as £33bn being skimmed from government coffers in the past 20 years, preventing the roll-out of decent education, jobs, power, running water and proper homes from many South Africans.  Mr. Zuma is seen as part of the problem.  As well as the Nkandla scandal, he remains tainted by having escaped trial on a technicality over 700 charges of corruption, fraud, money laundering and racketeering for allegedly accepting £25,000-a-year bribes from an arms dealer in the late 1990s.