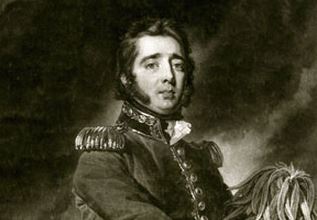 In the 1820’s Gregor MacGregor invented a country named Poyais in what is now modern-day Honduras, and then proceeded to convince investors to fund its “development” through a series of large bond offerings.  With psychological blinders firmly in place, investors were motivated by a desire for greater yields than were available on “high quality” sovereign debt.

The financial climate of the early 1820s was ideal for a con man.  Napoleon had been defeated and the British economy was expanding steadily, driven on by manufacturing.  The cost of living was falling, with industrial workers’ wages rising.  Interest rates drifted down, with the government borrowing more and more cheaply.  The country was in upbeat mood.  The downside to all this was that investing in government debt, a staple place to park spare funds, had become boring.  The market rate on the most popular British government bond (the “consol”) fell steadily between 1800 and 1825.  The government made the most of this, swapping its existing debt for new bonds that paid rates as low as 3%.

All this gave British investors the incentive and the confidence to look for more exciting opportunities.  One option was to lend money to governments that paid higher interest rates.  Russia, Prussia and Denmark had good credit records, but offered a 5% return.  These countries raised large chunks of cash in London in the early 1820s.   Another was to invest in mining companies, which could yield massive gains if investors got in at the right time: shares in the Anglo-American company rose by over 300% in the space of one month at the end of 1824.  Looking back at the boom in 1859 David Evans, a financial journalist, noted that investors started to make “sanguine anticipations of inordinate gain”.  Other Latin American investments became fashionable too.  The collapse of the Spanish empire meant there was suddenly a list of new countries to invest in.  London experienced its first emerging-market boom, with debt raised on behalf of the newly formed governments of Brazil, Colombia, Mexico and Guatemala.  The loans were attractive: Mexican bonds paid 6%, double the rate on the British consol.

All this should have been a warning sign.  Investors were hunting for returns, as they would later do in the run up to the Great Depression and to the subprime crisis.  Financiers tend to do silly things when searching for yield.  Looking back at the boom 30 years later The Economist reported that loans were being made for “mining companies to explore lands which contained no metal”.

MacGregor rode this wave of Latin American optimism.  In October 1822 he offered a £200,000 Poyais bond at 6%, a similar rate to that paid by the governments of Peru, Chile and Colombia.  Unlike these countries, Poyais had no record of collecting taxes or system for doing so.  But MacGregor argued that Poyais was so abundant in natural resources that export-tax revenue would easily cover the interest payments on the debt.  And doubting investors only had to look at the Poyais settlement scheme for evidence that the plan was going ahead.  It worked, and the bond was successfully floated.  MacGregor’s funding was in place.