Where is China’s Debt? 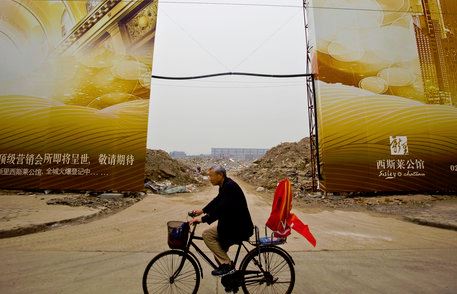 A senior accounting and finance official in China is sounding the alarm on what he perceives to be a toxic combination of unsustainable debt levels and heightening refinancing risk for local authorities.  Access to easy credit for these municipal-equivalent governments has led to widespread misallocation of capital all over the country.

Zhang Ke, head of leading Chinese accounting firm ShineWing, said he had all but stopped signing off on bond sales by local governments as a result of his concerns.  “We audited some local government bond issues and found them very dangerous, so we pulled out,” Mr Zhang said in an interview.  “Most don’t have strong debt servicing abilities.  Things could become very serious.”

The International Monetary Fund, rating agencies and investment banks have all raised concerns about Chinese government debt.  But it is rare for a figure as established in the Chinese financial industry as Mr. Zhang, who serves as vice-head of China’s accounting association, to make such stark comments.   “It is already out of control,” Mr. Zhang said.  “A crisis is possible. But since the debt is being rolled over and is long term, the timing of its explosion is uncertain.”

Mr. Zhang said many local governments had invested in projects from public squares to road repairs that were generating lackluster returns, and so were relying on financing rollovers to pay back their creditors.  “The only thing you can do is issue new debt to repay the old,” he said.  “But there will be some day down the line when this can’t go on.”  Mr. Zhang added that he grew alarmed when smaller towns and counties discovered that investment vehicle bonds were an easy way to raise financing.  “This evolution was quite frightening,” he said.  “China has more than 2,800 counties.  If every county issued debt, it could lead to a crisis.  It could be even bigger than the US housing crisis.”