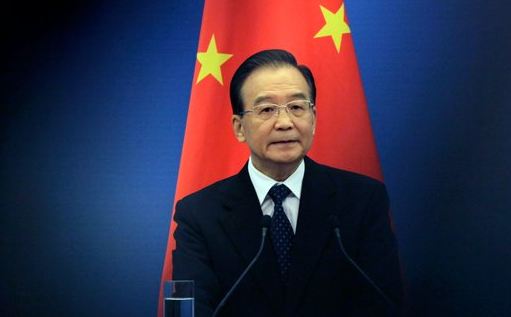 The greater the percentage of an economy that is controlled by the government, the greater the incentive is to influence decision-making officials:

Many relatives of Wen Jiabao, including his son, daughter, younger brother and brother-in-law, have become extraordinarily wealthy during his leadership, an investigation by The New York Times shows.  A review of corporate and regulatory records indicates that the prime minister’s relatives — some of whom, including his wife, have a knack for aggressive deal making — have controlled assets worth at least $2.7 billion.

In many cases, the names of the relatives have been hidden behind layers of partnerships and investment vehicles involving friends, work colleagues and business partners.  Untangling their financial holdings provides an unusually detailed look at how politically connected people have profited from being at the intersection of government and business as state influence and private wealth converge in China’s fast-growing economy.

Unlike most new businesses in China, the family’s ventures sometimes received financial backing from state-owned companies, including China Mobile, one of the country’s biggest phone operators, the documents show.  At other times, the ventures won support from some of Asia’s richest tycoons.  The Times found that Mr. Wen’s relatives accumulated shares in banks, jewelers, tourist resorts, telecommunications companies and infrastructure projects, sometimes by using offshore entities.

While Communist Party regulations call for top officials to disclose their wealth and that of their immediate family members, no law or regulation prohibits relatives of even the most senior officials from becoming deal-makers or major investors — a loophole that effectively allows them to trade on their family name.  Some Chinese argue that permitting the families of Communist Party leaders to profit from the country’s long economic boom has been important to ensuring elite support for market-oriented reforms.

The Times presented its findings to the Chinese government for comment.  The Foreign Ministry declined to respond to questions about the investments, the prime minister or his relatives.  Members of Mr. Wen’s family also declined to comment or did not respond to requests for comment.

In Beijing, Wen Jiabao is expected to step down as prime minister in March at the end of his second term.  Political analysts say that even after leaving office he could remain a strong backstage political force.  But documents showing that his relatives amassed a fortune during his tenure could diminish his standing, the analysts said.  “This will affect whatever residual power Wen has,” said Minxin Pei, an expert on Chinese leadership and a professor of government at Claremont McKenna College in California.

The prime minister’s supporters say he has not personally benefited from his extended family’s business dealings, and may not even be knowledgeable about the extent of them.  Last March, the prime minister hinted that he was at least aware of the persistent rumors about his relatives.  During a nationally televised news conference in Beijing, he insisted that he had “never pursued personal gain” in public office.   “I have the courage to face the people and to face history,” he said in an emotional session.  “There are people who will appreciate what I have done, but there are also people who will criticize me.  Ultimately, history will have the final say.”