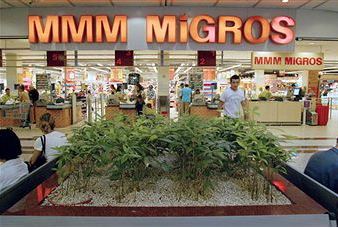 We have a spent a lot of time visiting Wal-Mart stores around the world, and we like the economic prospects of a sophisticated Western retailer using its accumulated expertise to compete against local players.  Although a deal with the Migros chain sounds far from done, Wal-Mart is looking in Turkey — a country whose outstanding growth prospects we were able to witness firsthand this summer.  As Wal-Mart shareholders, we hope the company is able to replicate its Walmex success in other markets around the world.

Wal-Mart, the world’s largest retail group, has been in protracted on-off talks to buy BC Partners’ 80pc stake in Migros for several months, according to City sources.  As one of Turkey’s major supermarkets, a deal would hand Wal-Mart exposure to a fast growing emerging market with an increasingly wealthy consumer.

Although Wal-Mart has yet to submit a formal offer for Migros, sources claimed the U.S. company is expected to make a non-binding offer imminently so that it can get access to the supermarket chain’s books. Wal-Mart is then expected to make an offer in the first quarter of next year.