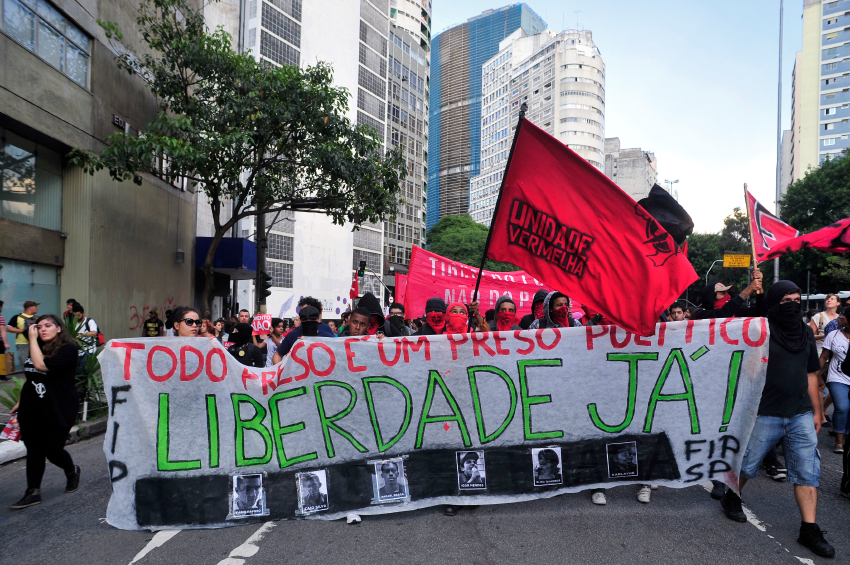 Widespread unrest in Brazil has been stoked by the Petrobas scandal, government spending on the 2016 Summer Olympics, slowing economic growth, and rising tax burdens.  The bloom is off the BRIC rose, and new ways of thinking — more like Brazil’s Andean neighbors  — are being championed by unlikely leaders.

Microphone in hand and standing atop the sound truck, the raspy-voiced protest leader jabbed his finger into the air shouting for the ouster of Brazilian President Dilma Rousseff, igniting wild cheers from the crowd below him.  “What Lula and Dilma have done shouldn’t just result in their being banned from politics.  It should result in them being in jail!”  Kim Kataguiri yelled, denouncing Rousseff and her predecessor, Luiz Inacio Lula da Silva.

The March 15 demonstration was the largest Sao Paulo had seen in more than three decades, since 1984 protests demanding democratic elections after a long dictatorship.  But more surprising than the crowd of more than 200,000, according to the Datafolha polling and statistics agency, was the fact it was being led by Kataguiri, a skinny, 19-year-old college dropout, and other young Brazilian activists inspired by libertarianism and conservative free-market ideals.

The grandson of Japanese immigrants, Kataguiri is a social media star whose quirky videos skewer Rousseff and the ruling party’s social welfare policies. His ascent as a protest figure has been rapid. Two years ago, when protests erupted across Brazil over corruption and poor public services, Kataguiri was a high schooler who avoided the unrest.  Today, he is the public face of the Free Brazil Movement, a growing force that is more focused than the 2013 unrest that expressed a wide range of middle-class anger.  Brazil’s new wave of protests are seen as a right-leaning movement clearly channeled against Rousseff and her Workers’ Party.

Kataguiri says he had a political awakening two years ago when he began questioning a classmate’s position that a popular cash transfer program applauded by many experts around the globe was responsible for the expansion of Brazil’s middle class and for lifting millions of citizens from poverty during the last decade.  He believed the credit instead should go to the country’s commodities boom. “That’s what has helped the poor,” he said.

Click here for more from Yahoo.com
Back to C&B Notes