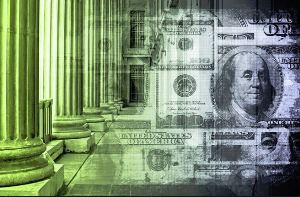 In an attempt to overcome the threat of ‘too big to fail,’ Federal Reserve regulators are planning to require each bank to have a minimum level of long-term debt as part of its funding/balance sheet.  In a tortured example of the law of unintended consequences, this plan could actually force banks that are primarily funded by deposits to weaken their balance sheets and decrease earnings.

Regulators are planning to impose a minimum level of long-term debt in an effort to improve the system for dealing with large financial groups on the brink of failure.  Under a new “orderly liquidation authority,” unsecured debtholders would be forced to swap their debt for equity in a recapitaliszd group.  Providing a more credible solution for winding down large financial groups would help end the belief that the largest banks such as Wells Fargo, Bank of America and Citigroup would always be bailed out by the government, the so-called “too big to fail” issue, which has become a recent target for criticism in the US.

“We tend to speak out one-on-one with regulators and legislators but I’m trying to make sure there’s another side to this public debate,” [Wells Fargo CEO John Stumpf] said, adding: “We’ve got $100bn with the Fed right now.  We lend them money.  They don’t lend us money.”  San Francisco-based Wells Fargo, the biggest bank in the U.S. or Europe by market capitalization at $217bn, is vulnerable to the requirement to hold more debt because its unusually large deposit base brings down its funding costs.  Raising debt in the market is more expensive.

Richard Ramsden, analyst at Goldman Sachs, warned last week that “as a largely deposit-funded bank, Wells Fargo is the most exposed” to the Fed’s proposal and estimated the bank could face a 15 per cent drop in earnings.  “Because we have this substantial self-funding with consumer deposits we don’t have a lot of debt,” said Mr. Stumpf.  “I hope the Fed and the regulators will not use a blunt instrument to say one size fits all.  We have much more in common with our funding to a U.S. Bank, to a PNC [large regional banks] than we do to a Citi or a JPMorgan Chase.”