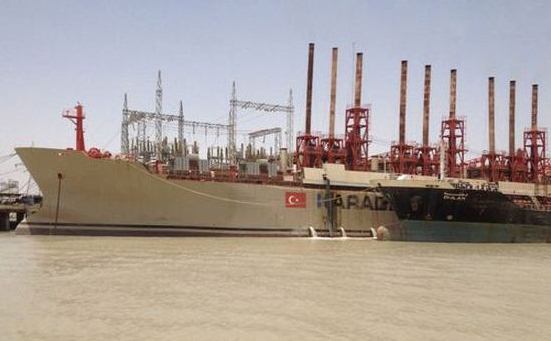 Turkish entrepreneurs have worked hard to fill the business void created by Saddam Hussein’s exit and by Iraq’s tentative moves toward democracy and capitalism.  As Richard saw in his recent trip and as we have recently written about, Turkey is well-positioned to be a driving force in an evolving Middle Eastern economy.

Turkey is today the country’s biggest trading partner, with exports nearly tripling since 2007.  Rising Turkish influence is evident almost everywhere: Private companies are cleaning streets, training doctors, operating the best hotels and providing the bulk of electricity to Basra, one of Iraq’s most power-challenged cities.  Turkey’s commercial offensive is part of the broader assertiveness that is transforming it into a regional power across the Middle East.

In a sense, Turkey’s widening commercial role in Iraq has been late in coming.  Turkey opposed the U.S.-led invasion, and then paid the price when the occupation government hamstrung Turkish trade and favored companies from more cooperative allies.  Turkey, too, initially recoiled from the new Iraq, anxious about regional instability and a quasi-independent Kurdish region on its border.  One result: Iran, the other big regional power bordering Iraq, dramatically expanded its influence, building on historic ties with Iraq’s majority Shia Muslims.

Today, however, Turkish television shows fill Iraqi airwaves.  Baghdad’s biggest shopping mall is owned and operated by Turks.  And here in Basra — which until 2008 was controlled by Iranian-backed militias — the Turkish consulate is so eager to boost trade it has been known to issue visas even in the middle of the night to help local businessmen traveling to Turkey on short notice.  The Turkish consul, Faruk Kaymakci, says he has a motto: “European quality at Middle East prices.”

Leading Turkey’s advance into Iraq is a cadre of hardy moguls and adventurous entrepreneurs. Mr. Sadikoglu, the shipyard

magnate, has been in Iraq ever since the government of Saddam Hussein hired his company to clear dozens of sunken vessels from the waters in and around Umm Qasr Port, Iraq’s only water link to the outside world.  Most of the hulks had been there since the Gulf War in 1991 or even the Iran-Iraq war during the 1980s.  After the U.S. invasion, the occupation government and the United Nations invited Mr. Sadikoglu to continue on in 2003.  “There was still a lot of shooting going on in the port,” Mr. Sadikoglu recalled.  That was just one of many challenges as his company cleared some 34 wrecks from the channels through 2004.

In December of that year, Mr. Sadikoglu, the captain of his salvage ship and a driver were kidnapped by one of the Iraqi criminal gangs that by then had taken over the ports and surrounding areas.  He says he paid $500,000 to free himself and the other two men after three months in captivity.  The incident was widely reported in the local media at the time.  For the next three years, violent militias and criminal gangs operating in Basra made work in the port impossible.  But after a military offensive re-established central-government control in 2008, Prime Minister Maliki personally asked Mr. Sadikoglu to return.  Despite family misgivings about his going back to Iraq, he agreed to do so.  On a recent day, Capt. Haki Tugcu stood aboard Mr. Sadikoglu’s ship with a colossal crane perched on its deck. His crew, half Turkish, half Iraqi, was pulling a sunken 50-foot tug boat from the muddy channel floor.  It is the 71st wreck that Sadikoglu Group has removed from Iraq’s critical port waters.

“Turkey and Iraq are neighbors,” said Capt. Tugcu, dressed in a T-shirt and sandals to beat the blistering 120-degree midday heat.  “We help each other.”