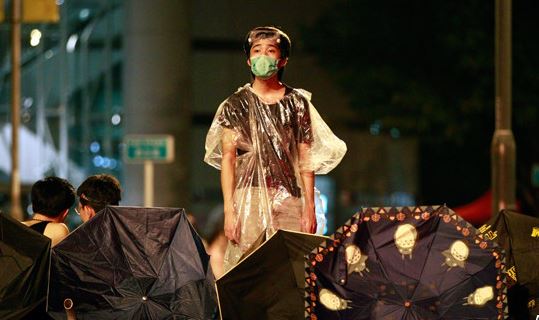 Twenty-five years ago, the Communist Party brutally and lethally crushed demonstrations in Tiananmen Square.  Now residents of Hong Kong are protesting China’s attempts to ignore its promises of freely elected local leaders after the British handover in 1997.  While China’s economic rise has been swift, we remain wary of undercurrents of discontent as growth slows.

Of the ten bloodiest conflicts in world history, two were world wars.  Five of the other eight took place or originated in China.  The scale of the slaughter within a single country, and the frequency with which the place has been bathed in blood, is hard for other nations to comprehend.  The Taiping revolt in the mid-19th century led to the deaths of more than 20m, and a decade later conflict between Han Chinese and Muslims killed another 8m-12m.  In the 20th century 20m-30m died under Mao Zedong: some murdered, most as a result of a famine caused by brutality and incompetence.

China’s Communist Party leaders are no doubt keen to hold on to power for its own sake.  But the country’s grim history also helps explain why they are so determined not to give ground to the demonstrators in Hong Kong who want to replace the territory’s fake democracy with the real thing.  Xi Jinping, China’s president, and his colleagues believe that the party’s control over the country is the only way of guaranteeing its stability.  They fear that if the party loosens its grip, the country will slip towards disorder and disaster.  They are right that autocracy can keep a country stable in the short run. In the long run, though, as China’s own history shows, it cannot.  The only guarantor of a stable country is a people that is satisfied with its government.  And in China, dissatisfaction with the Communist Party is on the rise…

In Hong Kong, the party is using a combination of communist and colonial tactics.  Spokesmen have accused the protesters of being “political extremists” and “black hands” manipulated by “foreign anti-China forces”; demonstrators will “reap what they have sown”.  Such language is straight out of the party’s well-thumbed lexicon of calumnies; similar words were used to denigrate the protesters in Tiananmen.  It reflects a long-standing unwillingness to engage with democrats, whether in Hong Kong or anywhere else in China, and suggests that party leaders see Hong Kong, an international city that has retained a remarkable degree of freedom since the British handed it back to China, as just another part of China where critics can be intimidated by accusing them of having shadowy ties with foreigners.  Mr. Xi, who has long been closely involved with the party’s Hong Kong policy, should know better.

At the same time, the party is resorting to the colonialists’ methods of managing little local difficulties.  Much as the British — excoriated by the Communist Party — used to buy the support of tycoons to keep activism under wraps, Mr. Xi held a meeting in Beijing with 70 of Hong Kong’s super-rich to ensure their support for his stance on democracy.  The party’s supporters in Hong Kong argue that bringing business onside is good for stability, though the resentment towards the tycoons on display in Hong Kong’s streets suggests the opposite.