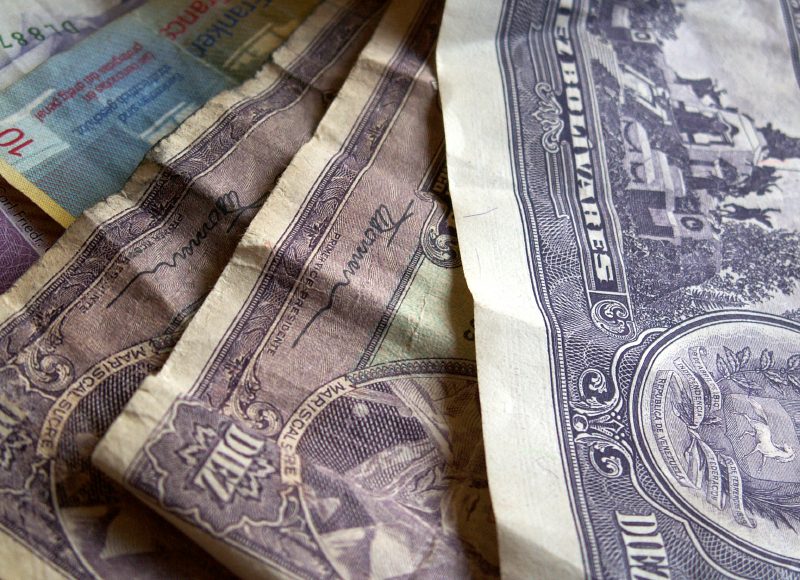 Venezuela’s leadership continues to pursue scapegoats to blame for its destruction of the country’s economy. It seems that the only people the government’s agents are fooling are themselves.

Is a U.S. website causing the collapse of the Venezuelan economy?  That’s what Venezuela’s Central Bank seems to want to prove as it pursues legal action to shutdown www.dolartoday.com.  The bank blames the website for runaway inflation and a plummeting currency.  On Monday, Adam Fox, a Squire Patton Boggs attorney who is representing the bank, said his firm plans to submit an amended complaint against the website after the U.S. District Court of Delaware dismissed the initial claim on Friday.

Started in 2010 by three Venezuelan exiles, DolarToday has drawn a huge following and the ire of the government by publishing the black-market bolivar-dollar exchange rate.  In a country where there are tight currency controls but also a thriving black market for greenbacks, the website has been a frequent government target.  Starting in 2013, the administration tried blocking the site, and President Nicolás Maduro has often railed against its owners, calling them “bandits” and economic terrorists who need to be locked away…

According to the Venezuelan Central Bank, the website has been driving the country’s triple-digit inflation and currency devaluation by faking exchange-rate data.  “Defendants are deliberately misrepresenting and effectively manufacturing a market — a phony, distorted market for the exchange of bolivares into dollars and vice-versa, with the aim of lining their pockets with ill-gotten gains,” the suit reads.  In addition, the suit alleges, the defendants “conspired to use a form of cyber-terrorism to wreak, and in fact they have wreaked, economic and reputational harm on the Central Bank by impeding its ability to manage the Republic’s economy and foreign exchange system,” the suit claims.

The website’s owners say they don’t set the price of anything, that they simply report the exchange rate that’s being offered in Cúcuta, Colombia.  “We haven’t done anything wrong, we’re just saying what is true about the exchange rate in the parallel currency market,” said one of the defendants, who asked to go by the pseudonym of Benjamin for fear that the government might hound his family or friends in Venezuela.

Collapsing oil prices have meant Venezuela has fewer greenbacks coming in.  And in a nation where almost everything is imported, dollars are in high demand.  While the government’s official exchange rate is 10 bolivares to the dollar, and its (theoretically) free-floating SIMADI rate is 205 to the dollar, the black-market rate is running almost five times higher.