The Trouble in Cyprus 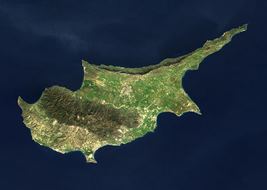 If you want to better understand how Cyprus got here and what the broader implications of the ‘bail in’ result could mean for the European financial system:

How did it come to have such a large financial sector with such large Russian deposits?

Cyprus had developed its financial center over three decades ago by having double taxation treaties with a number of countries, the Soviet Union for example.  That means if profits are booked and earned and taxed in Cyprus, they are not taxed again in the other country.  Russian deposits are there because Cyprus has a low corporate tax rate, much like Malta and Luxembourg, which annoys some people in Europe.  In addition, Cyprus has a legal system based on English law and follows English accounting rules.  It has a well-educated work force that can provide financial services, and a high concentration of lawyers and accountants.  As a result of that a lot of foreign interests, including from Russia, have a number of corporations based in Cyprus and organize their international business globally from Cyprus.  This model is similar to what you see in other countries: for example, there are even more Russian interests in the Netherlands and in Luxembourg.

What was the role of decisions by Cyprus, decisions by Europe, and other factors in producing the crisis we see now?

A number of factors played a role. The global financial crisis and exposure to Greece made Cyprus vulnerable.  But the outcome was determined by decisions taken by the previous government in Cyprus as well as the broader malfunction of the euro area over the past three years.  Two months after Cyprus joined the euro area [in January, 2008], there were presidential elections and the Cypriot public elected as president a communist, Demetris Christofias.  The public was convinced he could solve the political problem we had with Turkey and reunify the island.  The issue was not economic.

If one thing has become clear over the last five years in Cyprus, it is that the euro area, which is not just a market economy but a currency union with strict rules, is not compatible with a communist government. Why is this important?  This government took a country with excellent fiscal finances, a surplus in fiscal accounts, and a banking system that was in excellent health.  They started overspending, not only for unproductive government expenditures but also they raised implicit liabilities by raising pension promises, and so forth.

Why, in your view, was the March 16 plan flawed?

The Cyprus parliament had passed a number of laws that influenced the current and future spending and pensions.  And they were also in the process of finalizing how they would do privatizations of the semi public companies.  So all the standard elements you’d expect in other programs had been done or were being done.

Why did they attack retail deposits in this manner?  This had never before been a requirement of any other program. And why did the German government insist in the last three days that there should be a bail-in?  The only logical explanation I could see is that Angela Merkel’s government faces re-election in September of 2013 and the SPD [the Social Democratic party, the principal opposition to Ms. Merkel’s Christian Democratic Union]e, they claim, that would be like bailing out the Russian oligarchs. This is how Cyprus got caught up in the German election.

What will the implications be for Europe and the stabili has made it an issue: it does not want to support a loan by the German government to Cyprus becauszation of the euro zone?

This is similar to the blunder in Deauville with PSI (private sector involvement) that injected credit risk into sovereign government debt.  The governments have created risk in what before last week were considered perfectly safe deposits.  This is going to have a chilling effect on deposits in any bank in a country perceived to be weak.  This will mean the cost of funding will increase in the periphery of Europe and as a result, the cost of financing for businesses and households will increase.  That will add to the divergences we already have and make the recession in the periphery of Europe deeper than it already is.  This is really a disaster for European economic management as a whole.