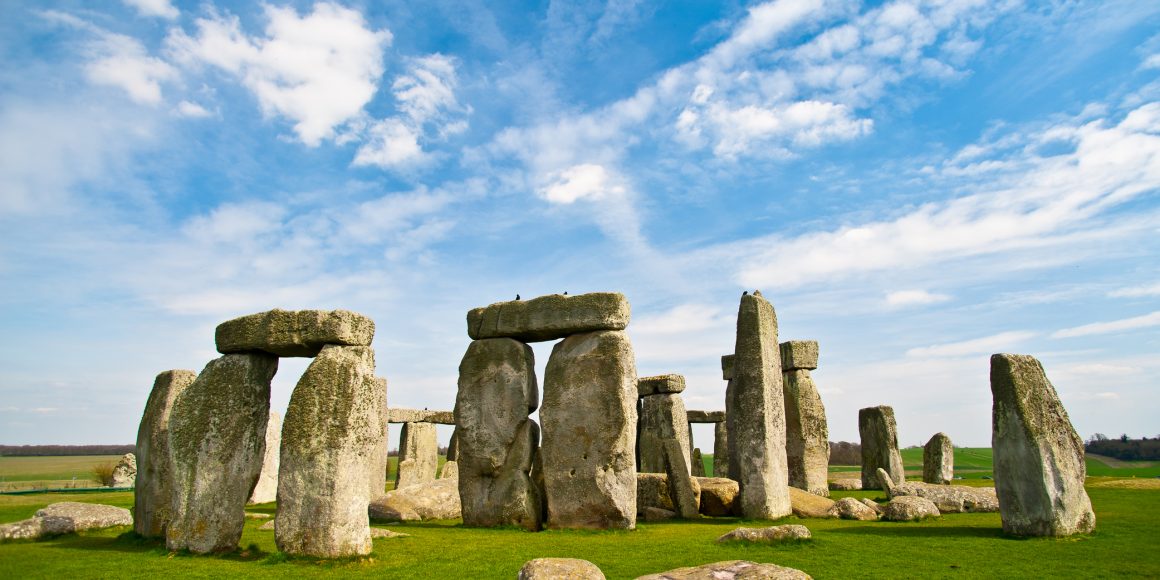 History is sometimes written for neatness of narrative (more than for accuracy): a discovery happens, the world starts recognizing it, a discovery has a transformational and lasting impact.  This process is rarely that neat.  As chronicled in Megalith, a book that examines the origins of ancient geometry, some discoveries are forgotten and rediscovered.

Bill Bryson’s A Short History of Nearly Everything addresses this idea — a great read if you are interested in the development and evolution of ideas and knowledge through history.

The builders of Britain’s ancient stone circles like Stonehenge were using Pythagoras’ theorem 2,000 years before the Greek philosopher was born, experts have claimed.  A new book, Megalith, has re-examined the ancient geometry of Neolithic monuments and concluded they were constructed by sophisticated astronomers who understood lengthy lunar, solar and eclipse cycles and built huge stone calendars using complex geometry.  One contributor, megalithic expert Robin Heath has even proposed that there exists a great Pythagorean triangle in the British landscape linking Stonehenge, the site from which the Preseli bluestones were cut in Wales, and Lundy Island, an important prehistoric site…

The new book, published today to coincide with today’s summer solstice, shows how within one of Stonehenge’s earliest incarnations, dating from 2750BC, there lies a rectangle of four Sarsen stones which when split in half diagonally forms a perfect Pythagorean 5:12:13 triangle.  The eight lines which radiate from the rectangle and triangles also perfectly align to important dates in the Neolithic calendar, such as the summer and winter solstices and spring and autumn equinoxes.  They also mark Imbolc, the ancient date for the beginning of Spring on February 1, Beltane, or May Day,  lammas, the start of the wheat harvest and Samhain, October 31 which traditionally marked the time when cattle were brought down from summer pastures and slaughtered for the winter which has become Halloween.

“We think these people didn’t have scientific minds but first and foremost they were astronomers and cosmologists. They were studying long and difficult to understand cycles and they knew about these when they started planning sites like Stonehenge.  I do feel very sad that visitors to Stonehenge are not told anything about the astronomical alignments, even when they are very simple to explain.”  Nearly two miles north-east of Stonehenge, stood Woodhenge, which was also constructed using a 12:35:37 triangle.  Pythagorean triangles have also been found at Avebury, the inner ring of the Druid Temple in Inverness, Castlerigg in Keswick, Cumbria, Barbrook, in Derbyshire, Borrowston Rig, on the Scottish borders, and Daviot ‘B’, in Aberdeenshire.  Mr. Heath added: “The phrase ‘a length of time’ may originally derive from an epoch when the length of a ruler, rope or set measure actually represented a time period — a technique manifested within many megalithic structures, which enshrine the time periods of the Sun and Moon.”

The huge stones of Stonehenge were also once surrounded by 56 wooden posts or stones  which could be used for predicting eclipses as well as showing the position of the Sun and the Moon and the lunar phases.  And the bluestone horseshoe in the centre is thought to contain 19 stones to represent the number of years it takes for the Sun and Moon metonic cycle to go full circle and reset.  The authors believe that much of the knowledge was lost following the rise of Christianity in Britain.