The Pioneer of Modern Retail Discounting 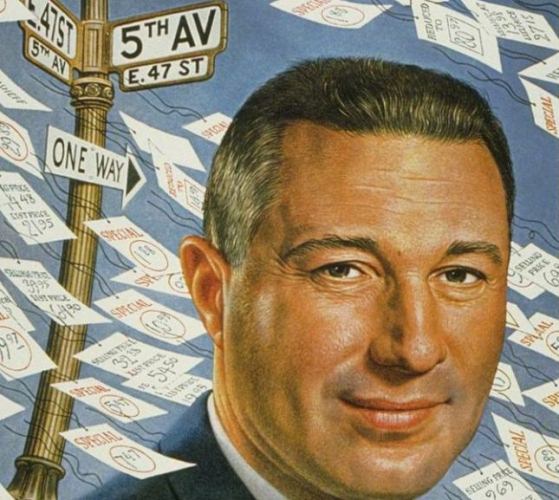 Eugene Ferkauf, through his E.J. Korvette chain, cleared the way for the consumer-friendly pricing strategy of ‘everyday low price‘:

Eugene Ferkauf, who died recently at age 91, pioneered modern discounting, a way of getting around price-fixing legislation that radically transformed the American retail business and set the stage for the rise of giants like Wal-Mart.

Retail price-fixing in the United States — often packaged for popular consumption as “fair-trade” laws — was a Depression-era concoction.  Launched in California in 1931, it was quickly copied by state legislatures across the country.  These statutes were premised on the idea that manufacturers retain a legal interest in the price of their products even after actual ownership has moved downstream to retailers.  The laws were written so that once a single retailer in a fair-trade state agreed to observe the manufacturer’s proposed retail price list, it would in effect impose those prices on all other retailers in the state.

In the end, the demise of fair-trade laws didn’t help E.J. Korvette.  Ventures into high-end audio, home furnishings, soft goods and even supermarkets made E.J. Korvette considerably bigger but also shakier financially.  In July 1962, Ferkauf was on the cover of Time magazine, hailed as the PiedPiper of the new consumer-centered retailing.  Four years later he was ejected from his company, which by 1980 went into final bankruptcy.  Ferkauf’s legacy, though, was secure.  He had finally killed off legally protected price fixing.