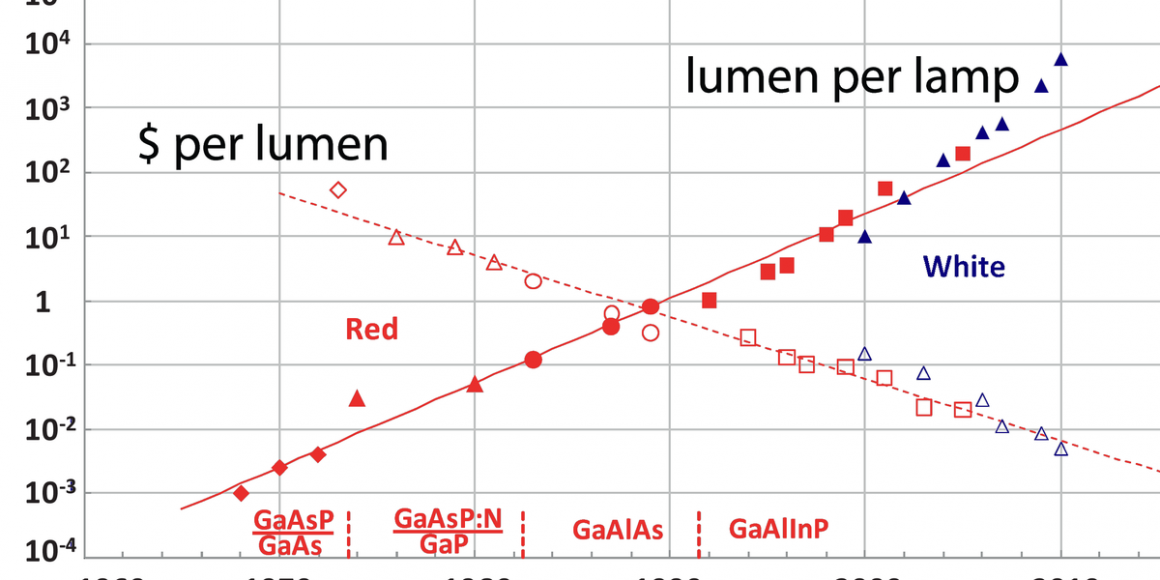 Three Japanese scientists were just awarded the 2014 Nobel prize for physics thanks to their work developing blue light-emitting diodes (LEDs).  Included is a chart of the great strides since these scientists’ original work in the ‘90’s. 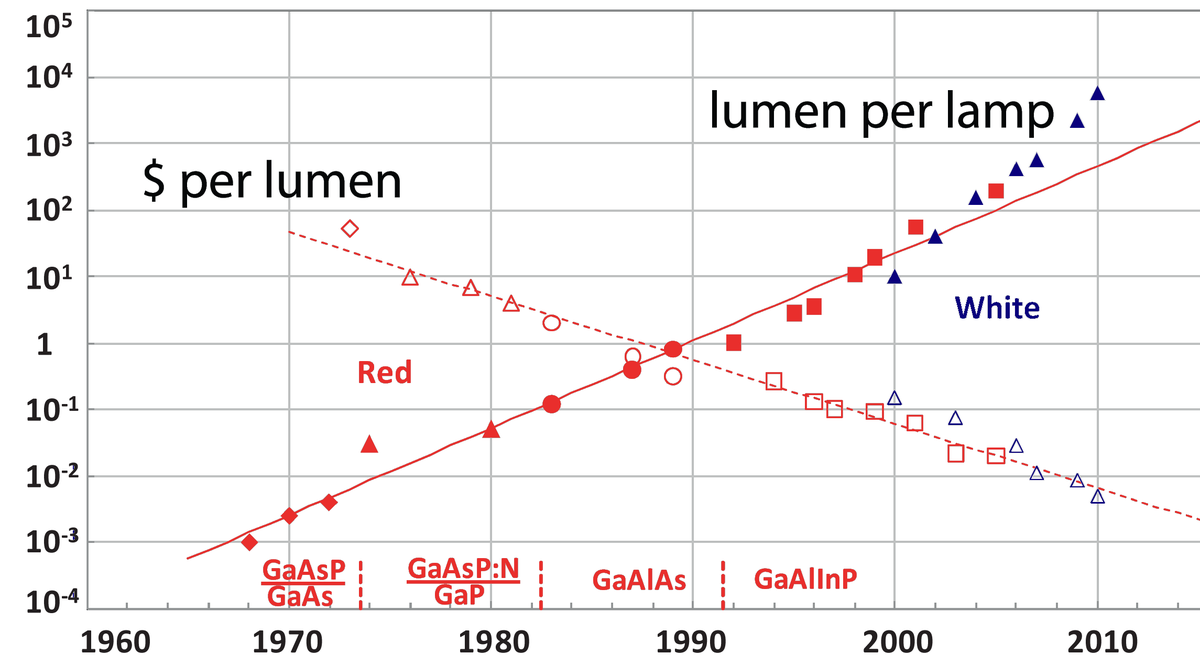 The solid dots represent the number of lumens — a unit of illumination — produced by an LED lighting package. And notice that this is a logarithmic scale — each time you go up from one notch to the next, the amount of illumination (or the cost) goes up by a factor of 10.  In the late 1990s, the brightest LED lights you could buy produced around 10 lumens of light. By 2005, you could get LED packages that produce 100 lumens. Recently progress has accelerated, so that you can now get LED packages that produce 1,000 lumens of light.  If current trends continue you’ll be able to buy 10,000-lumen LED lights in a few years.  For comparison, a 100-watt incandescent light bulb produces around 1,700 lumens.  So LED lights are becoming nearly as bright as conventional lighting sources.

Even better, the cost of these devices, per lumen, is falling rapidly.  In the 1990s, it would have been crazy to try to light your house with LEDs.  You would have needed hundreds of LEDs, which would have been way too expensive.  But just like computer chips, LED lighting is providing more and more value for the dollar.  If current trends continue, LED light bulbs will soon be not only more powerful than conventional light bulbs, but cheaper too.

…[T]his could be a huge deal for energy efficiency, as LEDs have always converted energy into light more efficiently than conventional lighting technologies.  This could be a huge boon in the developing world, where people might be able to capture energy with solar panels during the day and then use it to light their homes at night.

Click here for more from Vox
Back to C&B Notes