The Impact of Internet-Driven Openness 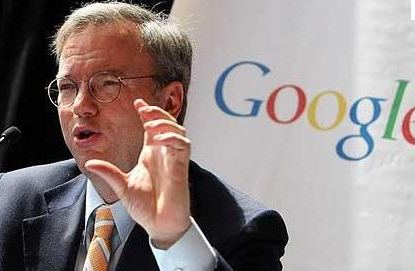 We recently finished reading the book In The Plex, which is an in-depth history of Google’s rise and its more recent challenges.  We enjoyed it so much that we put it on our Bookshelf.

This recent interview with Eric Schmidt explores how the company currently thinks about the geographic expansion of its services and the role the search engine (and the Internet overall) may play for politically oppressed peoples:

“I personally believe that you cannot build a modern knowledge society with that kind of behavior, that is my opinion,” he said.  “I think most people at Google would agree with that.  The natural next question is when [will China change], and no one knows the answer to that question.  [But] in a long enough time period, do I think that this kind of regime approach will end?  I think absolutely.”  The push for information freedom in China goes hand in hand with the push for economic modernization, according to Schmidt, and government-sponsored censorship hampers both.

His last international trip took him to four conflict or recently post-conflict states: Afghanistan, Libya, Pakistan, and Tunisia.  “I’ve become particularly interested in the expansion of Google in sort of wacky countries — you know, countries that have problems,” he said.  “You can’t really know stuff unless you travel and see it.  It helps with your impressions and your judgment.”

Schmidt believes that smartphone technology can have a revolutionary effect on how people in the developing world operate and he is researching how smartphone use can help fight corruption and bad governance in poor countries.  He also sees Google’s expansion into the emerging markets as a timely business move.  “The evidence is that the most profitable business in most countries initially is the telecom sector.  The joke is that you know the Somali pirates have to use cellphones, and so the strongest and most fastest-growing legal business in Somalia is the telecom industry,” he said.

The revolutions of the Arab Spring show that open information systems can encourage and enable political change, according to Schmidt.  “I think that the countries that we’re talking about all had very active censorship regimes, and they failed to censor the Internet.  They wired the phone systems, the television was controlled, the newspapers were controlled; it was very hard to find genuinely new dissident voices except on the Internet.  So you can think of what happened there as a failure to fully censor, and so it’s obvious why we feel so strongly about openness and transparency,” he said.