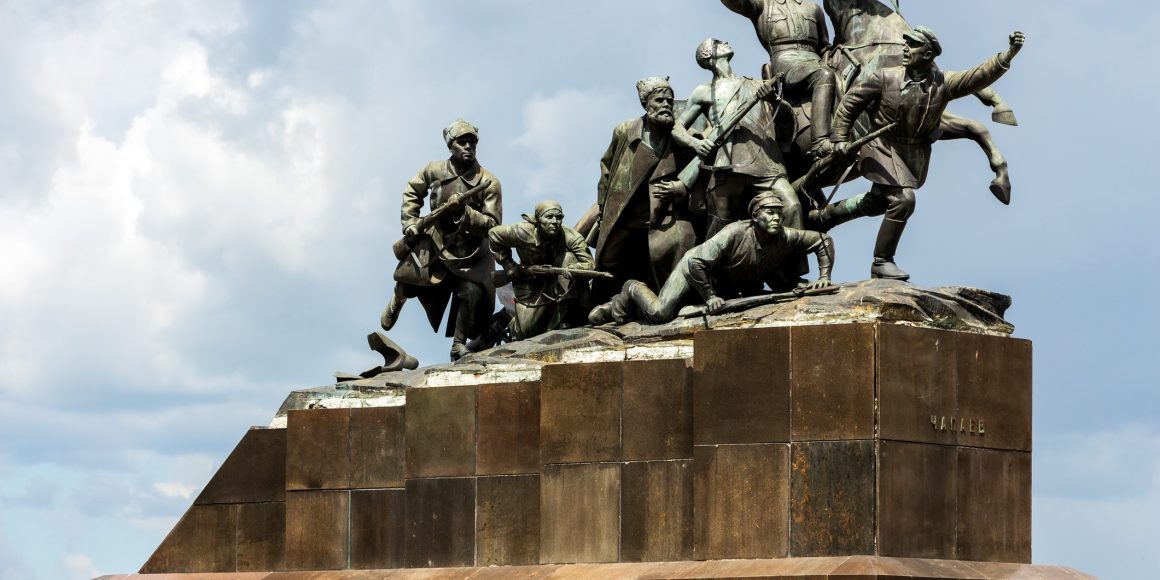 Russia is closing in on the 100th anniversary of the Bolshevik Revolution.  The Financial Times interviewed six Russians from different backgrounds.  These modern views of the revolution betray the divisions in Russian society today.

He wants Russia to renounce the 74 years of communism that followed the 1917 revolution. “The Soviet Union is not a continuation of the Russian empire, it is a cancerous tumour on the body of historical Russia,” he says.  “It is impossible to build a state on a malignant tumor. It must be removed.  That’s the only way to recover.”

Born to Russian-speaking ethnic Ukrainian parents in Moldova long after the fall of the Soviet Union, the young woman is part of the Russian diaspora with which Moscow wants to strengthen its bonds.  For her, the communist regime that collapsed in 1991 helps to define her identity.  “I am Ukrainian by nationality and have Moldovan citizenship. My parents were born in Ukraine, and I was already born in Moldova,” she says.  “But we are all compatriots. Our homeland is the USSR.”

There is even less public debate about the revolution in Moldova than in Russia, yet she has strong opinions about the events of a century ago.  “In the grand scheme of things, Russia benefited from the revolution,” the young woman says confidently.  The fire of the revolution, she says — relying perhaps unwittingly on Communist imagery of the time — helped forge something new.  Ms Bozhik is well aware of the dark side of the revolution and the state it created — the execution of the last tsar and his family, the decades of political persecution — and she has had long conversations about this with her parents.

But overall, she believes the good outweighed the bad.  “I give the revolution credit for putting Russia on her feet. The USSR was a great power,” she says.  “Of course much of that got lost in the 1990s, but in the last few years, Russia has been on the way to becoming a great power again. Everyone can see that.”

As self-declared successor of the party that took power in the October revolution, the KPRF is the only political group to celebrate the revolution’s centenary.  One hundred years on, Mr. Obukhovsky, 23, says Russia is nearing breaking point again.  “People are getting poorer and poorer, but our television talks only about America and North Korea, and opposition candidates are blocked from running in elections,” he says.  “Maybe not right away, but the revolution will come.  We are sitting on a powder keg.  And when 5m people take to the streets, nobody will want to fight for those in the Kremlin any more.”

“It is time.  It has been 100 years and we dream that a new tsar will appear for us,” he says.  “The Russian is inclined to submit to a ruler and love the great power.  The power of Russia will be reborn with the tsar.  But we must have national repentance for what the barbaric Soviet authorities did.  Without repentance in the Strastnoy convent, Russia will not be reborn.”

The situation today reminds her of that faced by the young radical members of the Socialist Revolutionary party such as Ivan Kalyaev, who in 1905 assassinated Grand Duke Sergei Alexandrovich, the uncle of Russia’s last tsar and an influential figure at the court of the Romanovs.  “I really love these young people, I’m reading everything about them.  They believed in the revolution so much, but it failed,” she says.  “Kalyaev is an ideal protagonist for a playwright — a guy who writes bad poetry but is good at blowing up people.  ”The state of mind of Russia’s early revolutionaries, says the director, echoes that of many young Russians today.  “You are helpless as a citizen, politically powerless.  You are an educated young person and you want to improve something, but there is nothing you can do,” she says.  “I can do theatre and I want to do theatre. But now they are imprisoning people for theatre.”

One hundred years on, what do Russians think of 1917?An aristocrat, a protester, a religious activist and a communist give their views on the revolution