The Applicability of ‘The Process’ 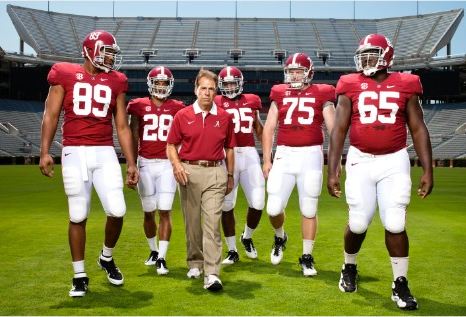 Since our team at Cook & Bynum consists mostly of Alabama fans, we could not resist sharing this Fortune piece on Nick Saban.  As close observers we admire his attention to detail and focus on execution over results, which are both applicable to our investment process.

What really separates Saban from the crowd is his organizational modus operandi.  In Tuscaloosa they call it the Process.  It’s an approach he implemented first in turnarounds at Michigan State and LSU and seems to have perfected at Alabama.  He has a plan for everything.  He has a detailed program for his players to follow, and he’s highly regimented.  Above all, Saban keeps his players and coaches focused on execution — yes, another word for process — rather than results.  Sound like your typical chief executive?  “I think it’s identical,” Saban says, digging into his salad.  “First of all, you’ve got to have a vision of ‘What kind of program do I want to have?’  Then you’ve got to have a plan to implement it.  Then you’ve got to set the example that you want, develop the principles and values that are important, and get people to buy into it.”

Plenty of coaches are intense, and a lot of them work hard.  In fact, most do.  Where Saban stands apart is the execution at all levels of his operation.  That means defining expectations for his players athletically, academically, and personally, and — and this is critical — always following through.  Saban wants to know what his players are doing in their workouts each day of the summer, down to the specific lift and weight.  If a lineman is above his target body-fat percentage, Saban wants to know what the staff is doing to fix it.  When there’s a football camp on campus, he has an opinion — a strong opinion — about where the welcome tent should be placed.  In other words he micromanages — but with a purpose.  He sets expectations so that everyone understands what he wants, and then he can pull back.  “When you have a system, you kind of get in a routine of what’s important,” says Saban.  “And then you spend a lot more time on thinking of things that would make it better.  Like we met on this camp today.  The first year I was here we met for eight hours on how we were going to do the camp.  Now everybody else in that room knows how I want the camp run, so we don’t need to spend eight hours on it.”