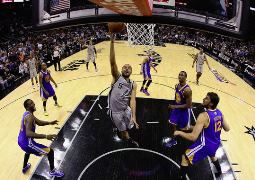 A variety of historically-based studies have tried to determine if there is statistical evidence of a ‘hot hand’ in sports.  Some findings suggest no and others yes (at least over a multi-game period), but a recent study added a new wrinkle.  The paper suggests that there is actually an anti-hot hand in basketball, where a player that made the last bucket or two is more likely to take the next shot — and to miss that shot.  There could be a couple of explanations for this outcome, but it suggests that recent success immediately leads to a burst of overconfidence.  This result is an entertaining illustration of what can be a psychological misjudgment.

“But if winning streaks have some rational basis, then by inference so would losing streaks, which makes the latest of the new studies, of basketball game play, particularly noteworthy.  In that analysis, published last month in the journal Psychological Science, Yigal Attali, who holds a doctorate in cognitive psychology, scrutinized all available shooting statistics from the 2010-11 N.B.A. season.  He found that a player who drained one shot was more likely than chance would suggest to take the team’s next shot — and also more likely than chance would suggest to miss it.  Essentially, he found that in real games, players developed anti-hot hands.  A momentary success bred immediate subsequent failure.

The reason for this phenomenon might be both psychological and practical, Dr. Attali wrote; players seemed to take their second shots from farther out than their first ones, perhaps because they felt buoyed by that last success.  They also were likely to be defended more vigorously after a successful shot, since defenders are as influenced by a belief in hot hands as anyone else.  But what the findings underscore, more subtly, is that patterns do exist within the results.  The players were more likely to miss after a successful shot.  And this anti-hot hand phenomenon, said Dr. Yaari, who is familiar with the study, was itself a pattern.  “It is not completely random and independent” of past results, he said.