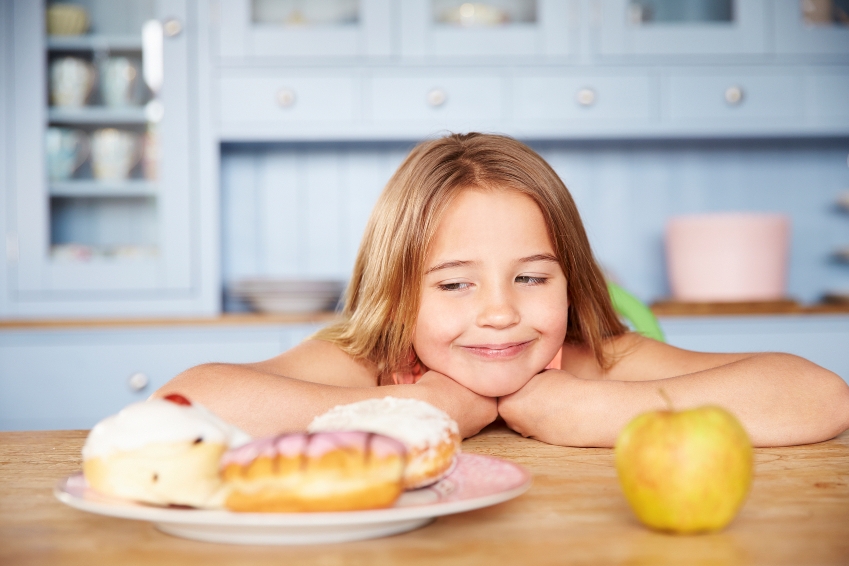 Charles Spence, a professor of experimental psychology at Oxford, has focused his research on multisensory integration, which is the study of how information from the different senses is assimilated by the nervous system.  He has consulted with a variety of consumer product and retail businesses on how packaging and sound influence taste.  His lab has documented a series of interesting correlations, but the team and others are still working on causality — the biological factors that create these outcomes and associations.

Along the way, Spence has found that a strawberry-flavored mousse tastes ten per cent sweeter when served from a white container rather than a black one; that coffee tastes nearly twice as intense but only two-thirds as sweet when it is drunk from a white mug rather than a clear glass one; that adding two and a half ounces to the weight of a plastic yogurt container makes the yogurt seem about twenty-five per cent more filling, and that bittersweet toffee tastes ten per cent more bitter if it is eaten while you’re listening to low-pitched music.  This year alone, Spence has submitted papers showing that a cookie seems harder and crunchier when served from a surface that has been sandpapered to a rough finish, and that Colombian and British shoppers are twice as willing to choose a juice whose label features a concave, smile-like line rather than a convex, frown-like one.

It does not require an enormous leap of imagination to see how these kinds of cognitive insights could be incorporated into commercial packaging design, and, gradually, this is exactly what is happening.  Americans derive a sizable proportion of their daily calories from food or drinks that are consumed directly from the package, and that is only expected to rise in tandem with the “snackification” of the Western diet.  Marketing departments and product-design agencies have an extra incentive to enlist Spence’s findings in the cans, packets, tubs, and squeeze tubes that populate grocery-store shelves.  We are accustomed to thinking of food and its packaging as distinct phenomena, but to a brain seeking flavor they seem to be one and the same.

Back in the dingy chaos of his lab, Spence pointed out a boxful of unlabelled beverage cans, of all different sizes and shapes.  A graduate student had spent the morning in the soundproof booth, recording the slightly different whoosh that each can made as she pulled the tab and popped it open.  The cans had been supplied by Crown Holdings, an American company that produces one of every five beverage cans in the world; the recordings are to be used in a series of pre-trials to determine whether altering the particular pitch and tonal quality of a can’s opening hiss can make its contents seem fizzier or flatter, warmer or colder.  If the student finds an effect, then the experiment will move to in-person testing, and then, if possible, to a large-scale proof under “ecologically valid” conditions, such as a bar or a restaurant.

“It’s looking at how auditory aspects of packaging can subliminally affect our perception of the product,” Cormac Neeson, the director of external affairs at Crown, told me.  “And how then, we hope, we’d be able to maybe engineer those to give people an enhanced, improved experience through the packaging.”  An all-new fizz-enhancing can is at least two years away, Neeson estimated, but he hopes that some of the study’s initial insights can be used sooner, to help his clients make more brand-appropriate choices — such as, say, a more forceful, “masculine”-sounding can for an energy drink.  This draws directly on perhaps the most ubiquitous and tangible example of Spence’s research into sensory experience.  In 2006, with funding from Unilever, Spence conducted a study to see whether altering the volume and pitch of the sound from an aerosol can would affect how a person perceives the pleasantness or forcefulness of a deodorant.  Based on Spence’s findings, the company invested in a packaging redesign for Axe deodorant, complete with new nozzle technology.  The underarm spray, which is targeted at young men, now sounds noticeably louder than the company’s gentler, female-targeted Dove brand.

In his office, Spence maintains a rogues’ gallery of failed products — he had no part in their creation — and he gleefully demonstrated their sensory miscues.  Sitting atop the filing cabinet was a special-edition white-colored can of Coke, introduced in 2011 to raise funds for endangered polar bears.  It was withdrawn when consumers complained that Coca-Cola had also changed its secret formula.  For Spence, the can is evidence of the power of a package’s color to alter the taste of the contents.  His lab has repeatedly shown that red, the usual color of a Coke can, is associated with sweetness; in one experiment, participants perceived salty popcorn as tasting sweet when it was served in a red bowl.  Next to the unlucky can sat an empty packet of Cadbury’s discontinued Koko-brand milk-chocolate truffles.  As Spence has demonstrated, subjects associate a hard k sound with bitterness, while a softer b can make products seem sweeter.  While the name “Koko” may not have single-handedly doomed the brand to failure, Spence argued that it might well have helped seal its fate.

In 2012, the snack company Mondelez, the owner of Cadbury’s, made another misstep.  When it changed the classic rectangular chunks of Cadbury’s Dairy Milk into curved segments, customers complained that the chocolate tasted “too sugary” and “sickly.”  Spence and other researchers have found that curved shapes can enhance sweetness.  In one experiment, diners reported that a cheesecake tasted twenty per cent sweeter when it was eaten from a round white plate rather than a square one.  In any case, Spence said, consumers are constantly, if unwittingly, proving his point that taste can be altered through color, shape, or sound alone.  “These effects do exist,” he said.  “The only question is whether and how we will use them.”