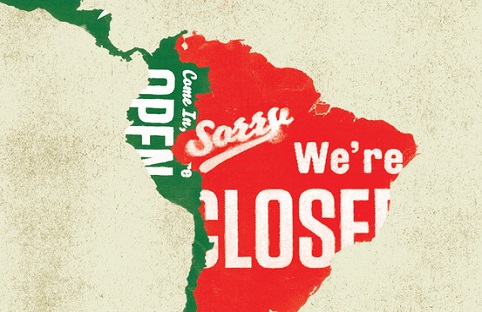 This article provides a nice summary of the divergent economic approaches currently found within Latin America.

There are two Latin Americas right now.  The first is a bloc of countries — including Brazil, Argentina and Venezuela — that faces the Atlantic Ocean, mistrusts globalization and gives the state a large role in the economy.  The second — made up of countries that face the Pacific such as Mexico, Peru, Chile and Colombia — embraces free trade and free markets…

In 2014, the Pacific Alliance trade bloc (consisting of Mexico, Colombia, Peru and Chile) is slated to grow an average of 4.25%, boosted by high levels of foreign investment and low inflation, according to estimates from Morgan Stanley. But the Atlantic group of Venezuela, Brazil and Argentina — all linked in the Mercosur customs union — is  projected to grow just 2.5%, with the region’s heavyweight, Brazil, slated to grow a meager 1.9%.