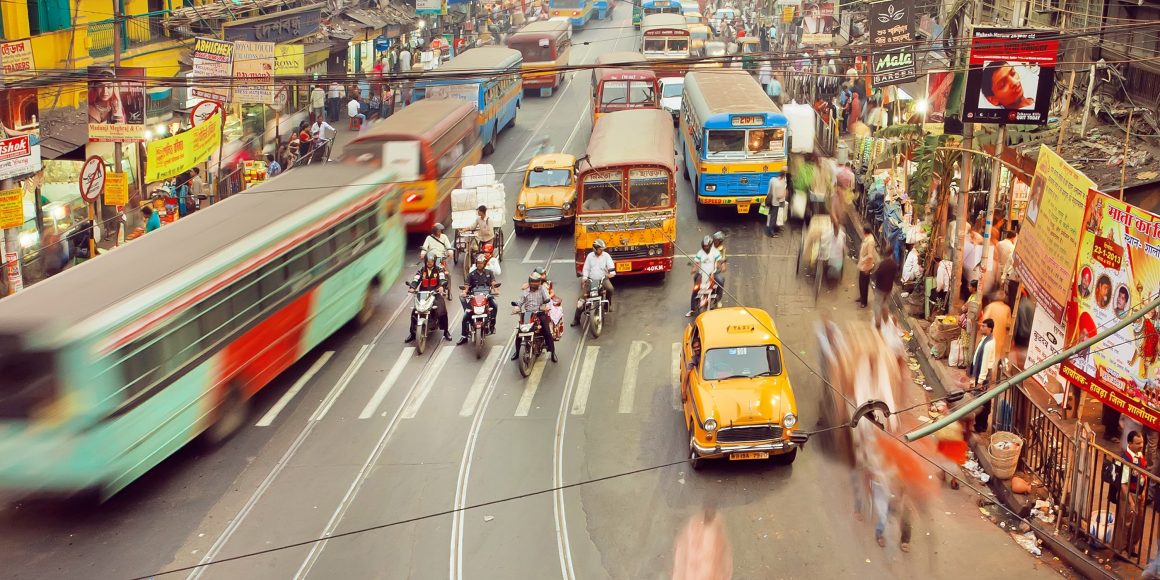 India will likely have the world’s largest population within the next decade but not the world’s largest economy. Reducing the red tape and bureaucracy in India is an enormous task, but it is a prerequisite for India’s economy to realize its potential.

Seized vehicles.  Bribes.  Days-long delays.  Moving goods across Indian states isn’t exactly easy — and that’s a major barrier to economic growth.  Rolling a truck of vegetables into Gujarat, the state once governed by Prime Minister Narendra Modi, requires a bribe of 500 rupees to 2,000 rupees even with your papers in order, according to Rakesh Kaul, vice-president of Caravan Roadways Ltd., which has about 400 trucks plying India’s pot-holed roads.  But getting past the state tax collectors into Uttar Pradesh, India’s most populous state, will cost you more: Upwards of 20,000 rupees, Kaul says.  The penalty for not paying off the right people is steep fines from factories whose raw materials are stuck at state borders — sometimes for as long as five days.

That’s why he and other companies are cheering the July 1 implementation of India’s biggest tax reform since independence in 1947.  The move will replace more than a dozen levies with a new goods and services tax.  That should help reduce the immense power India’s myriad middlemen wield at state borders, free up internal trade, make it easier to do business and widen the country’s tiny tax base.  “Even if your documents are correct, they will find some small error and hold your vehicle,” Kaul says in his New Delhi office, located in a dusty trucking depot where hundreds of drivers sit near their brightly painted trucks in the 42-degree Celsius (108-degrees Fahrenheit) heat.  “Once GST is there, all that is gone.”…

The new tax would be Modi’s most significant economic reform since coming to power in 2014.  Yet with less than two weeks to go before its implementation, the government is still refining the details, announcing on Sunday it would relax initial filing requirements for July and August amid concerns businesses were not ready.  Despite the last-minute tweaks, Finance Minister Arun Jaitley confirmed Wednesday the tax would roll out on July 1.  While India already boasts one of the world’s fastest growing major economies, architects of the reform say it will stoke efficiency and growth by creating a common market of 1.3 billion consumers — a population greater than the U.S., Europe, Brazil, Mexico and Japan combined.  Take the border crossings: Lorry drivers in India lose 60 percent of transit time to road blocks, tolls and other stoppages, which means logistics costs are up to three-times higher than international benchmarks.  While truck drivers may still need to stop to have their goods checked, cut that time in half, and logistics costs could fall by up to 40 percent, according to a 2014 World Bank report…

While the GST is seen as a leap forward in simplifying India’s system, getting the reform across the line has required compromises: India will have four tax brackets instead of the flat rate many other countries have.  Air conditioners, refrigerators and makeup will be taxed at 28 percent, for example, while toothpaste lands at 18 percent.  Plane tickets attract a 5 percent GST rate, but business class tickets are 12 percent.  Staples such as food grains and fresh vegetables are not taxed, while education and health services will continue to be exempted.  “India is obviously a huge and complex country in which governments’ ability successfully to implement major reforms is limited,” said Ian Hall, acting director of the Griffith Asia Institute.