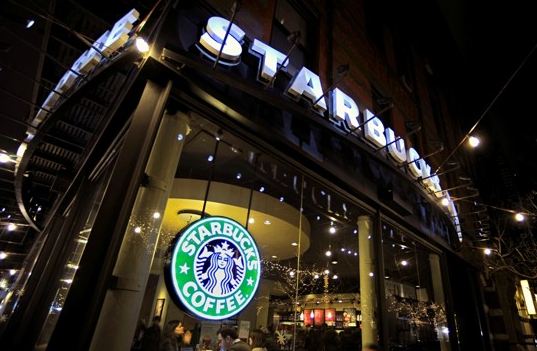 We are not invested in Starbucks (and are not actively considering it), but find the recent announcement that the chain will be serving beer, wine and premium food offerings in select locations notable.  It will be interesting to see whether this experiment improves traffic and builds on Starbucks’ reputation as a gathering place, or instead undermines its carefully nurtured ethos.

Though a trip to Starbucks is undoubtedly part of many people’s morning rituals, it’s probably not a place they think of to unwind after work during happy hour.  But with its latest announcement, the Seattle-based coffee chain has indicated it’s trying to change that.

The move is part of an effort to boost profits by making Starbucks more of an around-the-clock destination.  Other fast-food chains have made similar leaps in recent years, with sandwich shop Subway adding a breakfast menu and Dunkin’ Donuts venturing into lunch offerings.

Starbucks isn’t the only food retailer to announce a menu shake-up in the last week.  Taco Bell unveiled on Friday a plan to add breakfast options to its menu.  It is also slated to add more upscale items aimed at helping it compete with Chipotle, the fast-casual eatery whose stock was one of the 10 best-performing on the Standard & Poor’s 500 Index in 2011.

Speaking of beer and gathering places, we couldn’t resist sharing this video. Somehow we can’t imagine Norm at Starbucks.