Shining Light on the Brain 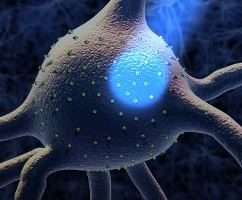 An MIT team is using an innovative technique called optogenetics to pinpoint brain functions and to develop treatments for OCD sufferers.

By activating a brain circuit that controls compulsive behavior, MIT neuroscientists have shown that they can block a compulsive behavior in mice — a result that could help researchers develop new treatments for diseases such as obsessive-compulsive disorder (OCD) and Tourette’s syndrome.  About 1 percent of U.S. adults suffer from OCD, and patients usually receive antianxiety drugs or antidepressants, behavioral therapy, or a combination of therapy and medication. For those who do not respond to those treatments, a new alternative is deep brain stimulation, which delivers electrical impulses via a pacemaker implanted in the brain.

The researchers suspected that failed communication between the striatum, which is related to habits, and the neocortex, the seat of higher functions that can override simpler behaviors, might be to blame for the mice’s compulsive behavior.  To test this idea, they used optogenetics, which allows them to control cell activity with light by engineering cells to express light-sensitive proteins.

When the researchers stimulated light-sensitive cortical cells that send messages to the striatum at the same time that the tone went off, the knockout mice stopped their compulsive grooming almost totally, yet they could still groom when the water drop came.  The researchers suggest that this cure resulted from signals sent from the cortical neurons to a very small group of inhibitory neurons in the striatum, which silence the activity of neighboring striatal cells and cut off the compulsive behavior.  “Through the activation of this pathway, we could elicit behavior inhibition, which appears to be dysfunctional in our animals,” Burguière says…

“This represents a major leap forward, both in terms of delineating the brain basis of pathological compulsive behavior and in offering potential avenues for new treatment approaches,” adds Rauch, who was not involved in this study.  Graybiel and Burguière are now seeking markers of brain activity that could reveal when a compulsive behavior is about to start, to help guide the further development of deep brain stimulation treatments for OCD patients.