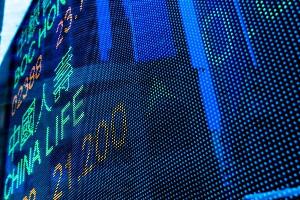 The Chinese government’s effort to add liquidity to prevent the country’s real estate bubble from bursting is spilling over into its stock market.  Frederick Bastiat wrote, “There is only one difference between a bad economist and a good one: the bad economist confines himself to the visible effect; the good economist takes into account both the effect that can be seen and those effects that must be foreseen.”

China’s rocking stock market has encouraged typically conservative investors to embrace leverage.  They are borrowing money to buy stocks and ride a rally that has seen the Shanghai Composite Index more than double in a year.  The result is that households in China, with little debt, are effectively helping indebted Chinese companies.  Kevin Zhang, formerly a senior manager at a state-owned company in Shenzhen, started with a five million yuan ($800,000) stock portfolio last year.  He borrowed an additional 10 million yuan from his broker, and the value of his initial investment doubled in a year.   But he isn’t satisfied.  At a dinner for big investors arranged by his broker, Mr. Zhang found that several of them made 10 or 20 times their initial investment last year.  These people had borrowed money from other channels, such as umbrella trusts, now banned, that allowed people to borrow up to 10 times their investment money.

This year, Mr. Zhang gave up his stable job, with an annual salary of a million yuan, to be a full-time investor.  Work wasn’t that busy at the state company, but it got in the way of trading.  He says he came out of a meeting one day and found he had lost a year’s salary in an hour, so he decided he should focus on investments.  Borrowing money to invest in stocks has only been allowed in China for four years, but leverage is already higher than in the U.S., which has more than a century of margin-lending history.  Chinese investors have borrowed more than five trillion yuan to buy stocks, meaning 6% to 9% of the capitalization of China’s stock market is funded by debt, says Vincent Chan, head of China research at Credit Suisse Group AG.

A third of that leverage comes from margin financing through brokers, while the rest comes from trust companies and banks.  An explosion in margin trading made headlines last year as borrowing via brokerages approached one trillion yuan.  Despite the regulator’s concerns, the amount investors have borrowed for trading from brokers now stands above 1.9 trillion yuan, almost five times as much as a year ago.  Margin positions in China have already exceeded those in bubble-era Japan and are equivalent to peak levels in South Korea in the 1990s, according to Macquarie.  Margin trading as a percentage of total market capitalization is still below the 4.6% peak recorded in Taiwan during the tech bubble.  Equity margin financing through brokers is 3.4% of market cap in China, compared with 2.4% in the U.S., official data show.

Mr. Zhang knows the market looks bubbly.  The price-to-earnings ratio of stocks on Shenzhen’s growth enterprise board is close to 100 times.  But he believes the government is keen for the bull market to continue.  “I’m going to leave the market after I double my money again,” he said.  “That will be enough for me to live the life I want to live.”