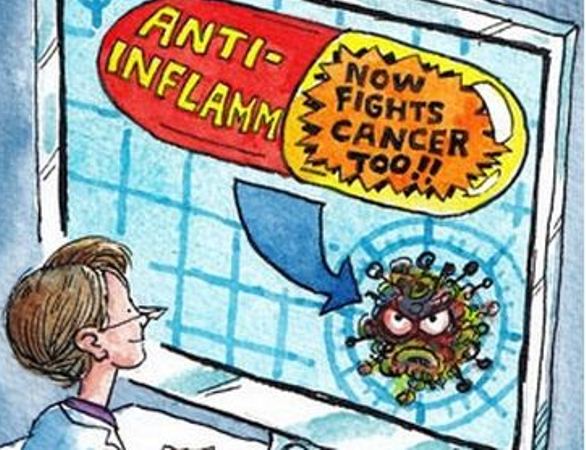 Georgetown University uses the powerful pattern recognition capabilities of modern computers to sift through databases of old drugs and known protein interactions to suggest possible new uses for the medicines.  This technique could dramatically lower the costs of finding which existing drugs are most likely to be successful in treating different conditions from their original purposes.

Dr Dakshanamurthy’s initial study of the method, just published in Medicinal Chemistry, started from the observation that the shapes of most drug molecules — and particularly the dispositions of the groups of atoms within them that bind to specific proteins and thus make them potent — are well known and publicly available. Also publicly available are databases loaded with information about many of the proteins found in the human body, and what sorts of molecules they tend to interact with. It was just a question, he reasoned, of matching the two together.

To test their model, the team fed it information on 3,671 drugs already approved by America’s Food and Drug Administration, together with data on the structures of 2,335 proteins found in the human body.  And it worked.  In 91% of cases it matched a drug to a protein known to be its target.

Mere interaction with a protein does not a drug make.  The interaction has to have a useful effect — damping down the activity of a protein that is too abundant, perhaps, or stimulating that of one which is not abundant enough.  But interaction of some sort is a prerequisite for the development of a new drug or a new use for an existing one.  And the model offers lots of potential.  Nearly 27,000 molecules are approved for pharmaceutical use, and the human genome project showed that there are at least 23,000 human proteins.  Even though not all of those proteins are well-enough understood for the Dakshanamurthy treatment to work on them, that is still a lot of potential interactions — far more than can conveniently be investigated by screening in a laboratory.  But screening in a computer is fast and cheap.  And even if only a handful of the new interactions it throws up are real and useful, it will have been a worthwhile exercise.