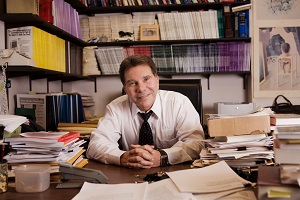 Robert Cialdini wrote Influence: The Psychology of Persuasion, which is on our Bookshelf and is our second favorite piece on the power of psychology (Munger’s compendium of talks entitled “The Psychology of Human Misjudgment” as captured in Poor Charlie’s Almanack is our favorite).  This interview is a discussion of the uses and the impact of persuasion inside organizations.

So many businesses now are global — what kinds of difficulties do you run into cross-culturally with persuasion?

The good news is that the six principles of influence do seem to exist in all cultures.  They’re part of the human condition.  The bad news is that their weights change from culture to culture.

In our research, we’ve found that in more collectivist, communal cultures, certain kinds of persuasive appeals are more successful.  Social proof is very powerful.  If a lot of your peers are doing something, that’s a more powerful impetus for you than for people in more individualistic cultures, where one looks inside the self and doesn’t use the group as the standard for deciding.

For example, we did a study in the U.S. and in Poland, which has a more communal orientation than the U.S.  We asked individuals if they would be willing to participate in a marketing survey.  We also asked them whether they had done that sort of thing in the past and whether they thought their friends had.  In the U.S. the issue that best correlated with whether people would participate was whether they themselves had previously done so.  That’s the principle of consistency in action.  In Poland it was whether they perceived that their friends had done that sort of thing in the past.

That peer-influence effect reminds me of the work you’ve done on how hotels influence guests to reuse towels.  Making an environmental argument was powerful, but what really moved the needle was hearing about the number of other guests who reused their towels.

That’s such an odd finding.

Isn’t it?  But one thing I’ve learned is that the most primitive techniques of influence are the most powerful ones.  By “primitive,” I don’t mean anything derogatory.  It’s just clear that the more localized and personalized we can make a source of information, the more likely it is to move people in our direction.