We have shared from Max Roser’s site ‘Our World in Data’ before, and we found his recent summary of worldwide progress striking.  By broadening the view beyond the immediate — in terms of time, location, etc. — he demonstrates just how much everyday existence has improved for a large swath of people around the world.  We excerpt below from his point on poverty, but the other factors he explores are literacy, health, education, and freedom.  We are, in fact, living in unprecedented times.

That is a huge achievement, for me as a researcher who focuses on growth and inequality maybe the biggest achievement of all in the last two centuries.  It is particularly remarkable if we consider that the world population has increased 7-fold over the last two centuries — switch to the ‘Absolute’ view in the visualization below to see the number of people in and out of poverty.  In a world without economic growth, such an increase in the population would have resulted in less and less income for everyone; a 7-fold increase in the world population would have been enough to drive everyone into extreme poverty.  Yet, the exact opposite happened.  In a time of unprecedented population growth our world managed to give more prosperity to more people and to continuously lift more people out of poverty.  Increasing productivity was important because it made vital goods and services less scarce: more food, better clothing, and less cramped housing.  Productivity is the ratio between the output of our work and the input that we put in our work; as productivity increased we benefited from more output, but also from less input — weekly working hours fell very substantially. 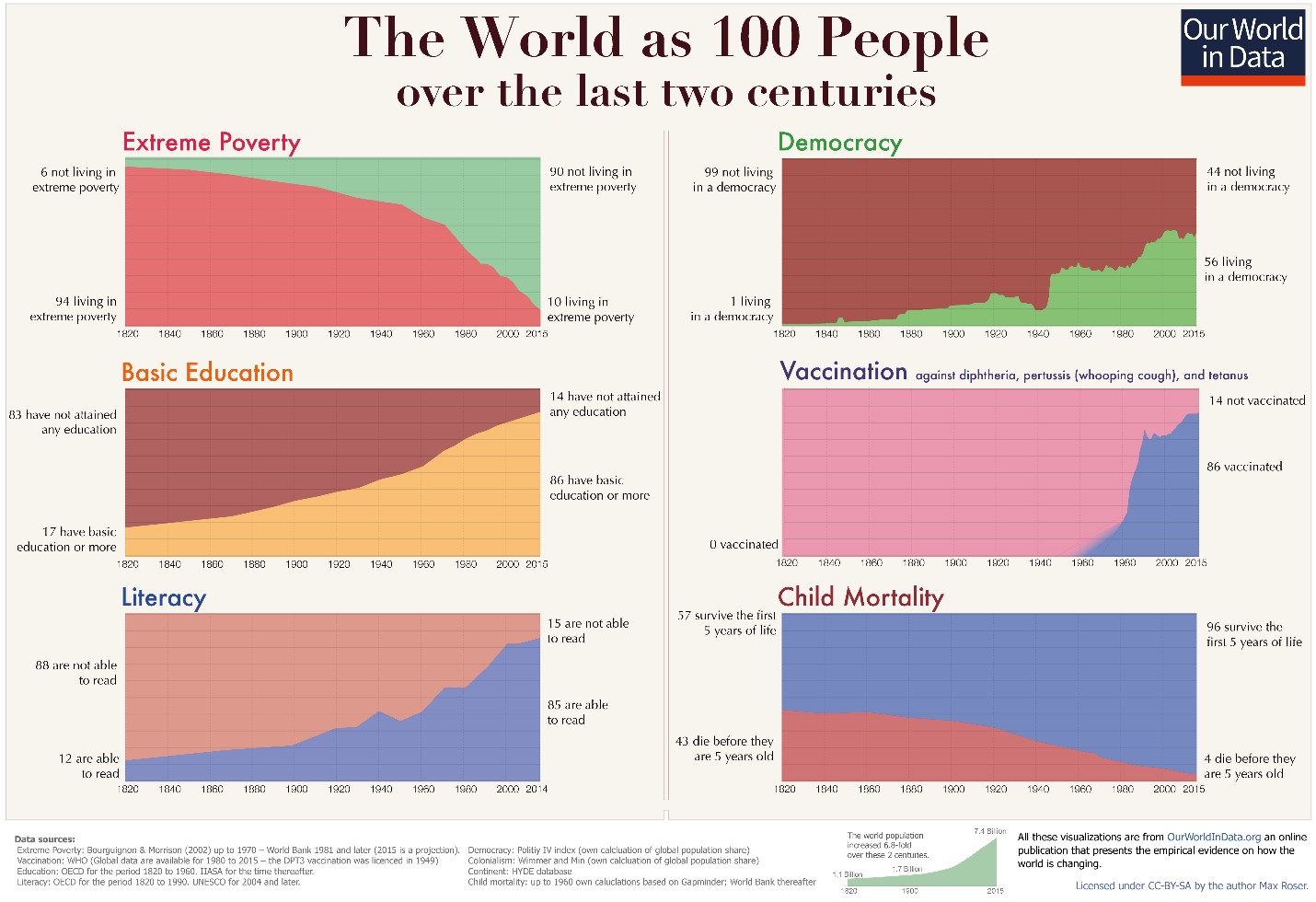 The short history of global living conditions and why it matters that we know itWe are working on Our World in Data to provide âResearch and data to make progress against the worldâs largest problemsâ.