Probabilities Rather Than Certainties 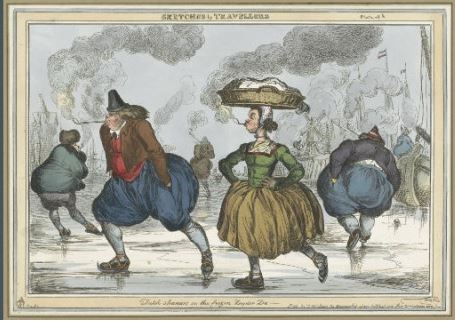 Investing is a probabilistic endeavor, and being “certain” of a particular outcome — whether it is the direction of a commodity’s price, the shape of a yield curve, a smooth and steady increase in a company’s earnings, etc. — is the enemy of good decision-making and a recipe for permanent capital loss.  A talk that Jason Zweig gave back in 2001 is a useful reminder of this idea.

So why did such smart people make such public fools of themselves?  Precisely because they had been so right for so long that they had forgotten they could be wrong.  Likewise, what has happened in the past year has not proven you right.  It has just made you look right — for now.  Before you say “I told you so,” remember that that’s just what all these people were doing then, and that’s how history is likely to remember them. Being right is the enemy of staying right — partly because it makes you overconfident, even more importantly because it leads you to forget the way the world works.

Investing is based on the belief that the world is normal and that risk can be managed, if not eliminated, with careful planning.  Rare events are so rare that you can see them coming, if they’re worth bothering with at all.  So, since stocks have never lost money over any 30-year period, Jim Glassman and Kevin Hassett can insist that the Dow should reprice itself immediately to 36,000, since it’s high time for the market to admit that it has become risk-free.  But the belief that the markets are built on a bedrock of normality is nothing but sand.  Less than three years ago the Nobel Laureates at Long-Term Capital Management nearly destroyed the global financial system by assuming that the global financial system was normal.  The world’s brainiest hedge fund, whose partners had calculated that it could never lose more than $35 million in a day, lost $553 million — 16% of its value — on August 21, 1998. Myron Scholes could only describe the events that overtook them as a practical impossibility…

It seems that the unimaginable has become normal.  The rare has become abundant. Events that ought to be practical impossibilities, as Myron Scholes called them, have become an everyday part of financial life.  Meanwhile, scientists in a variety of fields have been tentatively redrawing the bell curve in the past two years.  From the turbulence of magnetized particles and the distribution of endangered species, to the frequency of earthquakes, avalanches, and forest fires, researchers are finding that rare events are much more common than a traditional model would have predicted.  You can see what the proposed new curve looks like in your handouts — wide, with fat tails.

The scientists I’ve contacted don’t know whether their findings are relevant to investing.  Nor do they know why the normal distribution no longer seems adequate to describe the natural world.  But I think these reconsiderations of the bell curve have obvious implications.  First of all, they suggest that the unpredictable is inevitable.  If your next draw from the deck stands a high chance of coming not from the tall, skinny mean of the distribution but from those surprisingly fat tails, you face vastly higher odds of being surprised.  And if the unprecedented is lurking out there, just waiting to show itself at the most improbable — if not unimaginable — moment, then where does that leave your optimizers?  What good are your Monte Carlo simulations?  A geophysicist at UCLA, Didier Sornette, has even found that seeking to limit small risks within a complex system increases the danger of encountering large risks.

Click here for more from JasonZweig.com
Back to C&B Notes