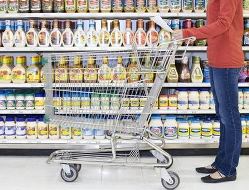 This idea of simplicity as a powerful marketplace differentiator is a close cousin of a concept that we focus on:  a company’s moat is a function of its ability to understand and influence its customers’ decisions.

Predatory companies with business practices that are onerous for consumers are only too happy to hide behind the cloak of complexity.  And virtually all companies and organizations are averse to change and naturally inclined to take the path of least resistance.  For them, it is far easier to keep tacking on amendments and exclusions than to take a blank-slate approach that would make things clearer to customers… Complexity is the coward’s way out.  But there is nothing simple about simplicity, and achieving it requires following three major principles: empathizing (by perceiving others’ needs and expectations), distilling (by reducing to its essence the substance of one’s offer) and clarifying (by making the offering easier to understand or use).

Why is it so rare for a product or service to be launched with simplicity baked in?  The missing ingredient is empathy.  Companies tackle simplification as a science rather than as an art.  They measure the length of customer service calls down to hundredths of a second, run readability formulas counting syllables and monitor mouse-clicks by the millions.  Afraid to let common sense prevail, companies rely on numbers to judge clarity and usefulness — two attributes that defy quantification.  As a result, they send out documents that they tout as being written at a sixth-grade reading level when in fact no college-educated person understands them.  Empathy is the only way to truly shorten the distance between an organization providing services and the individual receiving them.  Cleveland Clinic (a client, in the mid-90s, of the brand-strategy firm where we work) understands that empathizing with patients is critical, so it doesn’t just focus on simplifying medical care but looks at everything the patient experiences: smells, sounds, greetings, hospital gowns, security and appointment scheduling.  It wasn’t until staff members were wheeled through hallways lying in hospital beds that they realized how disconcerting and dizzying that experience can be.  Preparing patients for the “thrill” ride is a simple gesture that allays fears.