‘Partnership’ In Name Only 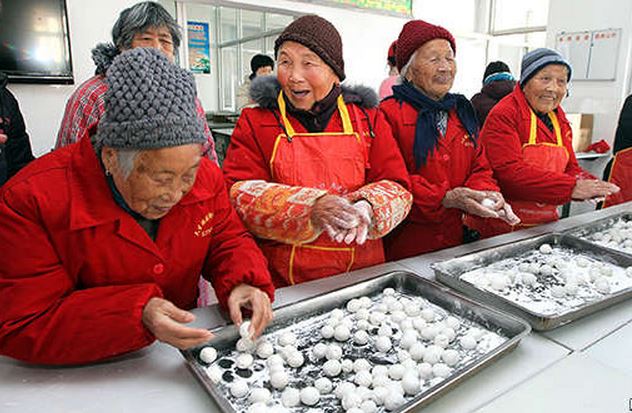 Few homes for Chinese senior citizens have the pedigree of Ensen Care, a subsidiary of Legend Holdings, owner of Lenovo, one of the world’s biggest computer manufacturers.  The old-age home in Changzhou, a city of 4.7m west of Shanghai, is a pilot project designed to demonstrate what can be achieved when private investors provide public services.  In exchange for a subsidized parcel of land, Ensen is building a hospital and a community center, which it will transfer to the municipal authorities.  The hope is that this model of public-private partnership (PPP) will help local governments bring projects to fruition without adding to their already sizeable debts.

If that is the idea, the old-age home testifies to the challenges not only of doing PPP deals in China but also, more broadly, of fixing shaky government finances.  Ensen’s managers thought that they had a good arrangement.  With China’s population ageing rapidly, demand for old-age care is rising.  Plenty of companies want to break into the sector.  But securing operating licenses is difficult.  By entering into a formal partnership with the local government, Ensen thought that the obstacles would melt away.  Yet in its first year the company had to submit 38 reports to municipal officials to obtain all manner of approvals.  Then the city government asked it to pay taxes in advance, even before the home opened its doors, in order to boost depleted local coffers.  Ensen had hoped for an investment return of 7% on the home.  Now, one executive complains, 3% looks optimistic.  He says that the company is unlikely to do big projects like this in future.

It is such experiences that make investors across China balk at the idea of teaming up with government. Local governments have over 1,000 PPP projects up for grabs, seeking to raise some 2 trillion yuan ($314 billion) in private-sector funding for roads, hospitals, power plants and more.  Backers have been found for less than a fifth of them.  Would-be investors have a long list of concerns, among them the unclear legal status of projects, poor financial prospects and government meddling.  To plug the hole, provinces have even started to launch their own dedicated funds for investing in PPP projects.  Yet that rather defeats the point, says Lin Caiyi of Guotai Junan Securities, a stockbroker.  Instead of public-private partnerships, they are fast becoming public-public.

The push for PPPs, such as they are, is part of a bigger effort to shore up the fiscal position of local governments.  Public debt has soared since the global financial crisis of 2008, when the government unleashed a huge stimulus to boost growth.  Much of this has not been borne by the central government, which portrays itself as a picture of fiscal rectitude.  Instead, it has leant on provinces and cities to foot the bill.  Local-government debts have more than doubled over the past five years, to 24 trillion yuan, equivalent to nearly two-fifths of GDP.  By itself that sum would be manageable.  Yet China’s public finances look precarious when the corporate liabilities of state entities are added in, since many are implicitly guaranteed by the government.  At more than 250% of GDP, China’s total debt is unusually high for an emerging market, and its recent pace of increase is worrying.