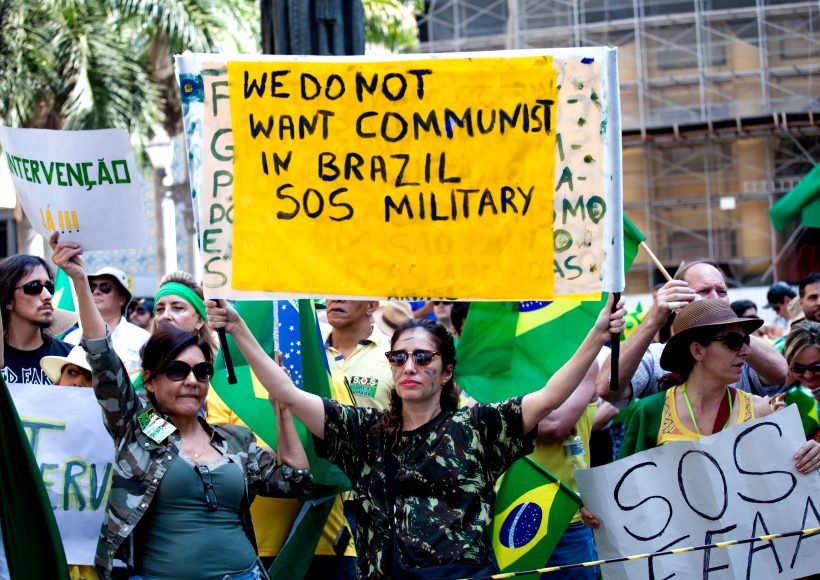 Brazil’s political leadership is in crisis, as government leaders argue about how to advance impeachment proceedings for President Dilma Rousseff.  Her administration and party have been closely tied to the deep corruption surrounding Petrobras, and this weakness has been exacerbated by a sputtering economy, rising inflation, a falling stock market, and a depreciating currency.  Things will likely get worse in the country before they get better, which could make for an uncomfortable worldwide spotlight when the Olympic Games open in Rio in about nine months.

Brazil’s Vice President Michel Temer has taken a personal swipe at Dilma Rousseff for disdaining him and his party, aggravating a political crisis that could culminate in her impeachment.  In a letter published by all major newspapers in the country, Temer said Rousseff never trusted him and relegated him to a figurehead role for the past five years.  The letter was leaked to the Brazilian press late on Monday, the same day Rousseff said she trusted her vice president.  Temer would replace Rousseff should Congress remove her from office.  “I have always been aware of your complete lack of trust in myself and the PMDB,” he said, referring to the coalition party he presides that will be key in determining whether she has enough votes to avoid impeachment.  “I should have vented this a long time ago.”

Temer’s letter is an attempt to distance himself from the embattled president and shows odds are increasing the PMDB will leave the ruling coalition, said Gabriel Petrus, a political analyst at business consulting firm Barral M Jorge.  It could also sway some legislators of the PMDB, the largest party in Rousseff’s alliance, to back her impeachment.  “He’s opening the door for a possible break with the government,” Petrus said.  “He may not be actively promoting impeachment but this could well heighten the chances of her ouster.”

The PMDB will have eight members in the lower house committee that will hear Rousseff’s defense and make a recommendation on whether the floor should approve the start of impeachment hearings in the Senate.  Tuesday’s scuffle momentarily delayed voting to select the committee’s 65 members.  In their impeachment request, lawyers accuse Rousseff of breaking fiscal laws by white-washing budget figures and bypassing Congress to authorize spending.  Rousseff aides said the practice was commonplace in previous governments and does not constitute legal grounds for impeachment.