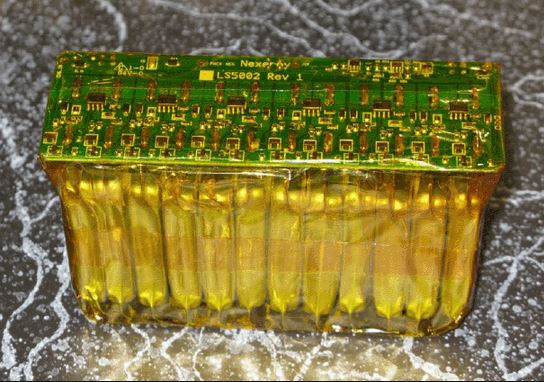 Battery technology has lagged the rapid improvement experienced in many other technology fields.  Using sulfur instead of heavy metals to improve the capacity of existing Lithium-ion batteries could be a nice incremental improvement, but the auto industry needs a transformative change to make fully electric vehicles more viable.

Build a better battery, to paraphrase Ralph Waldo Emerson, and the world will beat a path to your door.  For consumer goods, from computers to cars, “better” means “better than lithium-ion”.  And several groups of engineers think they have one: it is based on lithium and sulphur.

A lithium-ion (Li-ion) battery works by shuttling the eponymous ions, which are positively charged, through an electrolyte that links two electrodes, one made of carbon and the other of a substance containing a heavy metal such as cobalt, manganese or nickel.  Such metals have multiple oxidation states, meaning they can lose or gain different numbers of electrons in different circumstances.  To balance the movement of lithium ions, electrons (which are negatively charged) move to or from the heavy metal through an external circuit that also links the electrodes, changing the metal’s oxidation state as they do so.  When the battery is discharging, both ions and electrons travel spontaneously in one direction, creating a current and releasing energy.  When it is being recharged they are forced, by the application of a voltage, to go the other way and thus to store energy.

Lithium-sulphur batteries work in a similar fashion, but dispense with the heavy metal.  Instead, they use sulphur, which also has multiple oxidation states — more of them, indeed, than many metals do. This fact, combined with sulphur’s lightness, means lithium-sulphur batteries can, in principle, store four or five times as much energy per gram as lithium-ion ones manage. And, since sulphur is cheap, they can do so at lower cost.

Huw Hampson-Jones, OXIS boss, hopes the firm’s batteries will go into production in 2015.  If they do, they may be the first to reach the market.  But they are unlikely to be alone for long.  Larger companies, less in need of publicity, are more secretive about their battery programs.  But an unguarded remark by Carlos Ghosn, in a television interview he gave in November, suggests Nissan, the carmaker that he runs, also has a lithium-sulphur battery that is close to production, and will soon be installed in the firm’s LEAF electric cars, doubling the vehicles’ ranges.

At the moment, a LEAF’s Li-ion batteries can store about 140 watt-hours per kilogram.  OXIS store more than 300 Whr/kg and Dr Hampson-Jones hopes to raise this to 500 Whr/kg by 2018.  Whether that will be enough to fend off the likes of Nissan remains to be seen.  But whoever wins the race, whale or minnow, the days of the Li-ion look numbered.