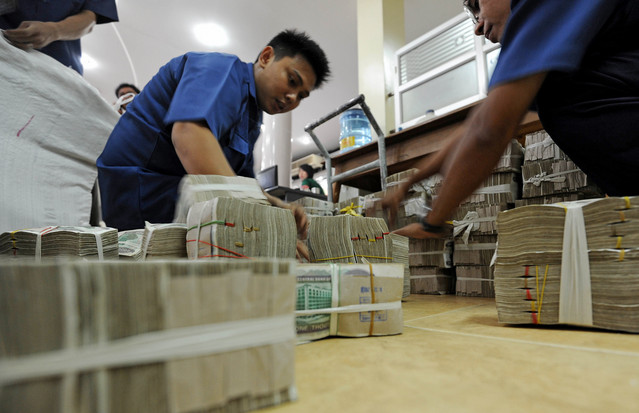 It is too soon for public equity investors in the country, but Myanmar seems to be entering a decade of explosive growth as reformers are gaining influence in the government.

Myanmar is nearing a decision to dismantle its fixed exchange rate, which risked holding back trade and investment as the country seeks economic ties with western nations after five decades of military rule.

Authorities will soon announce a shift to a managed float of the kyat, and seek to keep it from rising beyond the informal rate of about 800 per dollar, a person familiar with the discussions said.  Officials will then activate an interbank exchange market, in which the central bank will intervene to influence the kyat’s value, according to the person, who spoke on condition of anonymity because the talks are private.

“It would be a considerable victory for the reformers,” said Sean Turnell, a professor at Macquarie University in Sydney who conducts research on Myanmar’s economy.  “The people who would lose out the most would be the inner core of the highest echelons of the military, which used the old rate to accumulate reserves that were used to do what the military wanted to do.”

The managed float would end a 35-year official peg to the International Monetary Fund’s special drawing rights, under which a dollar fetches 6.4 kyat, about 125 times stronger than the informal market rate.  Restrictions on capital flows have left a legacy of about seven unique exchange rates in Myanmar.

Scrapping the complex multiple-rate system would reduce constraints to growth in a country with the potential to become “the next economic frontier in Asia,” the Washington-based IMF, which has provided guidance to Myanmar, said on Jan. 25.