Motorcycles as a Leading Indicator for Indonesia’s Growth 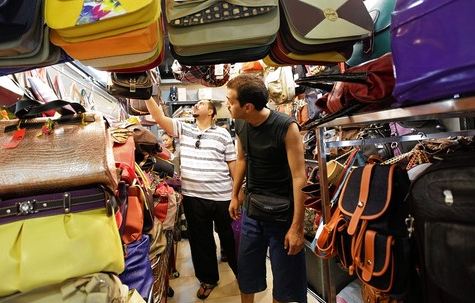 Another Asian-Pacific country is enjoying a nice tailwind, generated by attractive demographics and an exploding middle class:

Whether it is shoppers at the company’s malls, subscribers to its television and broadband services or home buyers at its apartment complexes, Lippo Group continues to see strong growth and expects it to continue for the next five years as wealth spreads to the Indonesian archipelago’s far-flung islands.

“We are entering a golden era where consumers are just starting to enjoy more than just the basics,” Mr. Riady said in an interview Monday.  “It’s propelling consumer sales to amazing new levels.”

Indonesia’s increasingly confident consumers are a primary reason why its gross domestic product rose 6.5% last year and could climb around the same pace this year.  Unlike many of its Asian neighbors, Indonesia isn’t dependent on exports for growth, so it has been able to shine while other Asian economies have struggled as their customers in the U.S. and Europe suffered.

If measured by the number of people that make at least $3,000 a year, Indonesia’s middle class made up 50 million of its nearly 250 million people in 2009, and that will triple to 150 million by 2014, according to investment firm PT Nomura Indonesia.

Middle-class spending will continue to climb, and power the Indonesian economy over the next five to 10 years, says Fauzi Ichsan, senior economist at Standard Chartered Bank in Jakarta.  Indonesia’s population is young, with a median age of 28.2 years, according to the CIA Factbook.  That means a growing percentage of the population will be in the working and spending periods of their lives relative to those who are retired.

>> Click here for more from The Wall Street Journal