Money Out of Thin Air 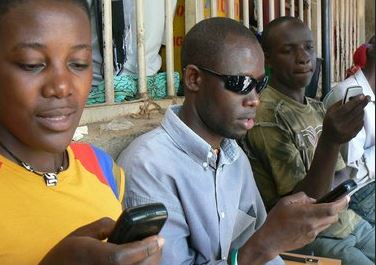 Mobile money in Africa comes in different flavors.  The sophisticated sort, exemplified by services such as M-Pesa in Kenya, allows account-holders to transfer legal tender electronically to fellow account-holders by entering commands on a mobile phone.  Popular though such services are, they have not stopped an older form of mobile money flourishing.  This sort uses pre-paid mobile-airtime minutes as a de facto currency that can be transferred between phones, exchanged for cash with dealers who rent out phones, or bartered for goods and services.

Pre-paid minutes can be swapped for cash or spent in shops most easily in Côte d’Ivoire, Egypt, Ghana and Uganda, says Chris Chan of Tranglo, a Malaysian firm that facilitates “airtime remittances” to mobile phones.  Airtime is commonly used as money in Nigeria, too.  Hannes Van Rensburg, Visa’s boss for sub-Saharan Africa, says this is partly because regulators there have made it difficult for banks to offer the newer form of mobile money.

But even in places like Kenya, airtime minutes are still being used as currency. Unlike mobile money, airtime’s value does not rely directly on a government’s stability or ability to hold down inflation by, say, showing restraint printing money.  Opening a mobile-money account typically requires waiting for days after showing your ID.  In contrast, airtime can often be purchased and sent immediately and anonymously.  Because many telecoms firms in Africa and elsewhere transfer minutes nationwide free of charge, airtime is especially useful for settling small debts.