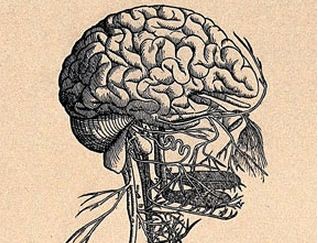 Researchers from the University of North Carolina are attempting to explain why a happier mind seems to lead to a healthier body.  While their findings, which focus on the impact of the vagus nerve, certainly have limitations, they do square with the widely observed reality of the placebo effect.

Dr. Fredrickson and Dr. Kok concentrated their attentions on the vagus nerve.  This nerve starts in the brain and runs, via numerous branches, to several thoracic and abdominal organs including the heart.  Among its jobs is to send signals telling that organ to slow down during moments of calm and safety.

How effectively the vagus nerve is working can be tracked by monitoring someone’s heart rate as he breathes in and out.  Healthy vagal function is reflected in a subtle increase in heart rate while breathing in and a subtle decrease while breathing out.  The difference yields an index of vagal tone, and the value of this index is known to be connected with health.  Low values are, for example, linked to inflammation and heart attacks.

What particularly interested Dr. Fredrickson and Dr. Kok was recent work that showed something else about the vagal-tone index: people with high tone are better than those with low at stopping bad feelings getting overblown.  They also show more positive emotions in general.  This may provide the missing link between emotional well-being and physical health.  In particular, the two researchers found, during a preliminary study they carried out in 2010, that the vagal-tone values of those who experience positive emotions over a period of time go up.  This left them wondering whether positive emotions and vagal tone drive one another in a virtuous spiral.

Taken as a whole, these findings suggest high vagal tone makes it easier to generate positive emotions and that this, in turn, drives vagal tone still higher.  That is both literally and metaphorically a positive feedback loop.  Which is good news for the emotionally positive, but bad for the emotionally negative, for it implies that those who most need a psychosomatic boost are incapable of generating one.