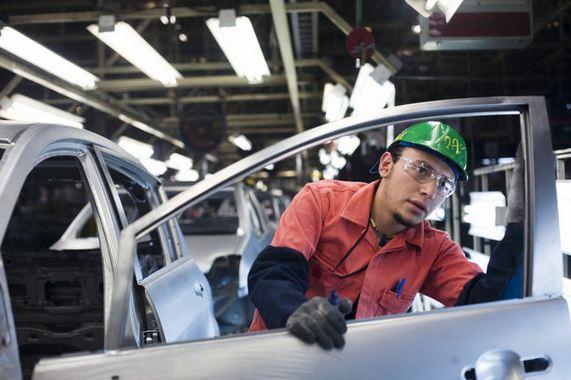 We believe manufacturing in Mexico will expand in the next few years as both the Chinese labor cost advantage and Mexico’s narco violence wane.

The cheap labor that is helping Mexico surpass China as a low-cost supplier of manufacturing goods to the U.S. — and lured companies including Nissan Motor Co. — has restrained progress for many of the country’s 112 million citizens.  While Enrique Pena Nieto, the front-runner in polls to capture the July 1 presidential vote, has said wages are too low, whoever wins confronts the challenge of boosting workers’ incomes but not so much that assembly lines leave for other markets.

“The trick isn’t only to pay better salaries, it’s to make raises more sustainable,” said Sergio Luna, chief economist at Citigroup Inc.’s Banamex unit in Mexico City.  “We have to be more productive, but it won’t be easy because it implies changing the status quo.”

Mexico’s low wages, cheap peso and surging auto shipments to the U.S. — which buys 80 percent of its exports — have increased manufacturing competitiveness during the past decade as labor costs in China and Japan have risen.

If elected, Pena Nieto says he’ll raise salaries gradually, by improving productivity.  To do so, he promises to support legislation making it easier to hire and fire workers, luring more companies into the formal economy where they can take out loans more easily and make investments.  He also favors ending state-run Petroleos Mexicanos’ monopoly; revenue for Latin America’s largest oil producer funds about a third of Mexico’s public budget.

“In no way are we willing to sustain Mexico’s competitiveness through low salaries, nor can we raise salaries artificially through populist measures,” Luis Videgaray, Pena Nieto’s campaign manager and his finance chief when the candidate was governor, said in a May 30 interview.  “The only way to increase productivity is through reforms.”