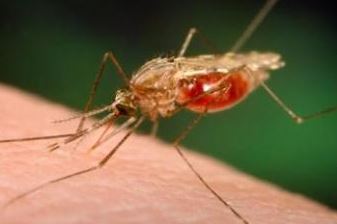 In a bit of evolutionary self-perpetuation, mosquitoes that have the malaria parasite are much more likely to be drawn to a person’s scent.  While this currently encourages the spread of malaria, scientists are trying to exploit this trait to combat the disease.

Mosquitoes carrying the malaria parasite are more attracted to human body odor than uninfected insects, a study suggests.  Researchers found that infected insects were three times more likely to be lured towards a human scent.  They believe that the deadly parasites are seizing control of their biting hosts and boosting their sense of smell.  Dr James Logan, from the London School of Hygiene and Tropical Medicine (LSHTM), said: “One thing that always surprises me about parasites is how clever they are.  They are these ever-evolving organisms that seem to be one step ahead of us the whole time.”

By making humans an easier target, the parasite is more likely to be passed into the blood stream — ensuring its survival and continuing the spread of the deadly disease.  The researchers will now begin a three-year project, funded by the Biotechnology and Biological Sciences Research Council (BBSRC), to learn more about how the parasites are doing this.  Dr Logan said that understanding how the malaria-infected mosquitoes respond to human odor could help them to fight the disease.   He said: “If we know how the parasite is able to manipulate the olfactory system… perhaps we can identify new attractants for infected mosquitoes and we will be able to increase our efficiency with trapping techniques.”

Click here for more from BBC
Back to C&B Notes