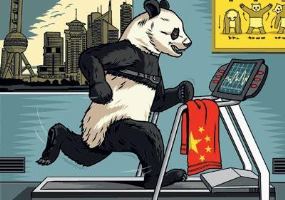 China is struggling to reform economic data reporting, particularly for GDP growth figures.  The main problem is that party officials’ prospects for promotions and compensation are tied to how their local economies are performing, hence their strong incentives to falsify numbers.

The falsification of statistics is not surprising news in China.  In the most recent case of number fudging, statistics officials in Henglan County, Guangdong Province, vastly overstated local gross industrial output to an extent that was unusual even in a country where economic data is routinely massaged.  The National Bureau of Statistics (NBS) said on June 14 that statistics officials in Henglan inflated the industrial output of 71 companies to 8.5 billion yuan from the actual 2.2 billion yuan.  They were also accused of falsifying business data without the companies’ knowledge.  Officials in the Henglan government have been aware of the falsification for more than a year, but never stopped it, the NBS said…

In recent years, the NBS has proposed a range of reforms to methodology and reporting, including revising statistical methods for housing prices, establishing an online system for larger enterprises to directly report data and altering the statistical methods for fixed-asset investment.  The measures strive to combat data distortions in the country’s official statistics.  However, they have failed to bring about satisfactory results.  The key reason is that the statistics agencies are not independent institutions and administrative authorities have retained their power to tamper with data.

Click here for more from Caixin
Back to C&B Notes