Made Better in Japan 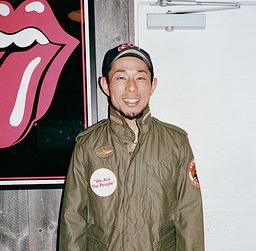 Driven by a consumer culture that prizes excellence, the Japanese have begun creating some of the finest American denim, French cuisine, and Italian espresso in the world.  As captured by the various vignettes in this story, this specialization in foreign wares marks an interesting twist for a country known for its pride in tradition (and at times accused of insularity):

The most obvious proof that Japan is fast becoming the best place in the world to eat, drink, shop and sleep is that America is starting to import non-Japanese wares from Japan.  Six years ago New Yorker Gordon Heffner, who had worked in the Garment District for a decade, and his Japanese business partner made a bet that Japanese denim was so good, despite its expense, that Americans would come to covet it.  The two opened SoHo shop Blue in Green, which stocks only Japan-made jeans, as well as the Real McCoy’s clothes.  Now they’re not just successful, but they also have competition in what seems to be a niche market.  And Japan’s best designers are even migrating to our shores: One of the most acclaimed boutique brands, Engineered Garments, is helmed by Japan native Daiki Suzuki but manufactured in New York City.  Suzuki, also head designer for Woolrich Woolen Mills, brings a distinctly Japanese sensibility to traditional American attire.

High-end consumer culture in Japan survived 20 years of economic decline and has actually become much better, in critical terms, though also less profitable than it was when Japan, Inc., ruled the world.  The Japanese, animated by the principles of perfection, specialization, craft and obsession that they have long brought to their own culture, have applied the same standards to Basque cuisine, Rhum Agricole cocktails, American-style outerwear, and almost everything else wondrous and obscure from the rest of the world.