Korea’s Jeonse System: Where the Renter is the Lender 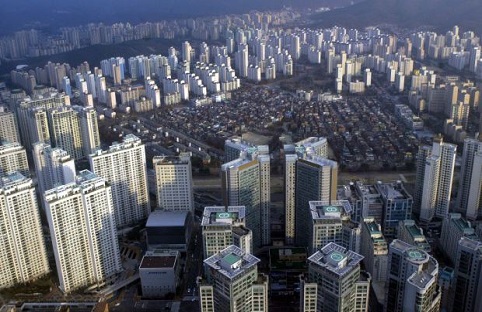 The Jeonse system is a unique Korean institution that flips the idea of landlord and tenant on its head — at least versus how we traditionally think of it in the U.S.  This approach, which has been around for centuries, provides a peer-to-peer capital raising channel outside of normal banking avenues.  But easier access to more traditional capital and higher loan-to-value ratios could impact the stability of this centuries-old institution.  Housing, leverage, and trouble — sound familiar?

Under the country’s Jeonse — or Chonsei — system, tenants lend significant chunks of money to landlords in lieu of rent. (Jeonse is usually translated as “key money.”)  It works like this.  In exchange for access to the property for specified term — usually two years — tenants make a lump sum deposit to the landlord, based on a percentage of what it would cost to buy the property.  The transaction is essentially a loan, with the tenant as the lender, the landlord as the borrower, and the house as the collateral.

On the one hand, it’s a household rental system,” said Hyun Song Shin, a professor of economics at Princeton who has studied the Jeonse system.  “But actually it’s an informal lending scheme as well.”  Shin has a hunch that the Jeonse system might have been something of a secret weapon powering Korea’s rapid economic development.  He argues that Korean savings rates surged from 1960s into the 1990s, in part, because people socked away significant sums for Jeonse money.  The system efficiently channeled that money to Korean landlords, many of whom were also small business owners and entrepreneurs, and happy to forgo rent in favor of a lump sum to invest in their businesses.  During the financial crisis of the 1990s, the system only became more entrenched as it allowed Koreans to bypass a deeply troubled banking system.

But recently something has changed.  For example, household savings rates have collapsed.  And levels of household debt have moved sharply higher.  In 2012, South Korean household debt hit 163.8% of disposable income, far higher than the OECD average of 135%. What happened?

Well, the short version is, in the wake of the Asian financial crisis, Korea’s banks started lending big.  According to the IMF, between 1998 and 2009 household debt increased by about 13% annually.  (At the end of 2009, household debt as a share of GDP was about 70%.  By the end of 2011, it was 82%, pushing up against the 85% threshold some see as the point where high household debt hurts growth.)  In other words, as it’s gotten easier to borrow, Koreans have had less of an incentive to save.  And that’s completely transformed the Jeonse from a vehicle to build savings into something quite different.

“If you don’t have the Jeonse deposit you actually go and borrow it from the bank,” said Shin, the Princeton economist, who later this year will take over as chief economist at the Bank for International Settlements in Basel, Switzerland.  “And that used to never happen.”

Jeonse’s aren’t risk-free.  They’re loans.  And sometimes loans don’t get paid back.  Now, Jeonse tenants have some protection.  In fact, they are living in the collateral.  If the landlord defaults, and doesn’t give them their money back, they are entitled to get it when the house is sold.

But remember, the Jeonse is the lump sum payment, based on a percentage of the house’s value.  Traditionally, that percentage was somewhere between 40%-60%.  That provided the tenant with a large margin of safety.  (Should anything go wrong, and the house had to be sold to cover the loan, there should be plenty of cash to pay the tenant back.)  But as demand for Jeonse apartments has risen, so has the percentage landlords are asking tenants to pay.  In some instances, the Jeonse percentage is now often between 70% and 80% or even higher than 90%, leaving a much smaller safety cushion.

That’s something worth considering.  Especially if you’re wondering why any landlord would be willing to continue on a Jeonse system with tenants when they could potentially make more money by collecting monthly rent.  Well, some are.  In fact, the share of Korean apartments rented under monthly payments is increasing, though Jeonse contracts still account for a little over half.  But many landlords simply don’t have the cash they need to pay back their tenants.  In other words, they are stuck in the Jeonse system, because they need to find another Jeonse tenant, and use that deposit to pay off the previous occupant.  Citing a Bank of Korea report, the Economist recently noted that 10% of the country’s 3.7 million Jeonse landlords could have difficulty repaying the Jeonse money they owe to tenants.

Click here for more from Quartz
Back to C&B Notes