Know When to Fold ‘Em 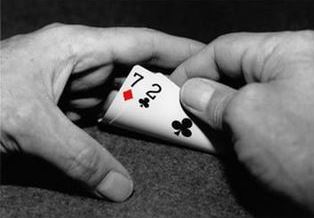 The natural tendency to throw good money after bad in a failing attempt to save a project or investment is driven by a panoply of psychological misjudgments (centered around loss aversion) that run afoul of core economic principles — sunk costs and opportunity costs.  Avoiding these mental mistakes has clear implications for success in investing.

Most of us know what it’s like to stay in a job or a relationship after it’s stopped being satisfying, or to take on a project that’s too big and be reluctant to admit it. CEOs have been known to allocate manpower and money to projects long after it becomes clear that they are failing. Think of JP Morgan’s “London Whale” Bruno Iksil, who doubled down on a losing bet rather than admit his losses and ultimately cost the bank over six billion dollars… The costs to a person who does not know when to quit can be enormous.  In economics it’s known as sunk cost fallacy, though the costs are more than financial.  While we recognize the fallacy almost immediately in others, it’s harder to see in ourselves.  Why?

There are several powerful, largely unconscious psychological forces at work.  We may throw good money after bad or waste time in a dead-end relationship because we haven’t come up with an alternative; or because we don’t want to admit to our friends and family, or to ourselves, that we were wrong.  But the most likely culprit is this innate, overwhelming aversion to sunk costs.  Once you’ve realized that you probably won’t succeed, or that you are unhappy with the results, it shouldn’t matter how much time and effort you’ve already put into something.

As studies by behavioral economists like Daniel Kahnemen and Dan Ariely show, people are generally loss-averse. Putting in a lot, only to end up with nothing to show for it, is just too awful for most of us to seriously consider.  The problem is one of focus.  We worry far too much about what we’ll lose if we just move on, instead of focusing on the costs of not moving on: more wasted time and effort, more unhappiness, and more missed opportunities.  Recent research by Northwestern University psychologists Daniel Molden and Chin Ming Hui demonstrates an effective way to be sure you are making the best decisions when things go awry: focus on what you have to gain by moving on, rather than what you have to lose. When people think about goals in terms of potential gain, that’s a “promotion focus,” which makes them more comfortable making mistakes and accepting losses.  When people adopt a “prevention focus,” they think about goals in terms of what they could lose if they don’t succeed, so they become more sensitive to sunk costs.  This is the focus people usually adopt, if unconsciously, when deciding whether or not to walk away.  It usually tells us not to walk away, even when we should.