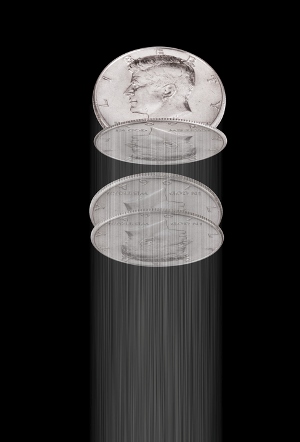 The Kelly Criterion provides a framework for how an investor should think about position sizes within a portfolio. We have written about the concept in the past and its importance to us in long-term portfolio construction.

The formula he developed in the 1950s — later known as the Kelly Criterion — has long been used by gamblers to maximize their profits through the optimal investment of a fraction of their bankroll. Mathematician Ed Thorp later seized upon Kelly’s work to embark on a money-making jaunt through Nevada’s casinos that would culminate in multiple gambling bans and, some seven years later, a theory for pricing financial options ‘correctly’ that would eventually be mirrored by the Black-Scholes formula famously created by Fischer Black, Myron Scholes and Robert Merton…

Only a fifth of the 61 participants in the experiment reached the maximum payout of $250, however, well below the 95 percent that should have hit maximum pay-dirt by deploying a “simple constant percentage” betting strategy.  In the experiment, a third of participants lost money and 28 percent went completely bust — certainly a disappointment if not a mathematical impossibility.  All in all, participants who neither went bankrupt or achieved the maximum $250 payout ended up with just $75 on average.

“Given that many of our subjects received formal training in finance, we were surprised that the Kelly Criterion was virtually unknown and that they didn’t seem to possess the analytical tool-kit to lead them to constant proportion betting as an intuitively appealing heuristic,” write Haghani and Dewey.  “Without a Kelly-like framework to rely upon, we found that our subjects exhibited a menu of widely documented behavioral biases such as illusion of control, anchoring, over-betting, sunkcost bias, and gambler’s fallacy.”

The Co-Founder of Long-Term Capital Management Wants You to Learn Your Financial FormulasWhat coin-tossing can teach us about investment.