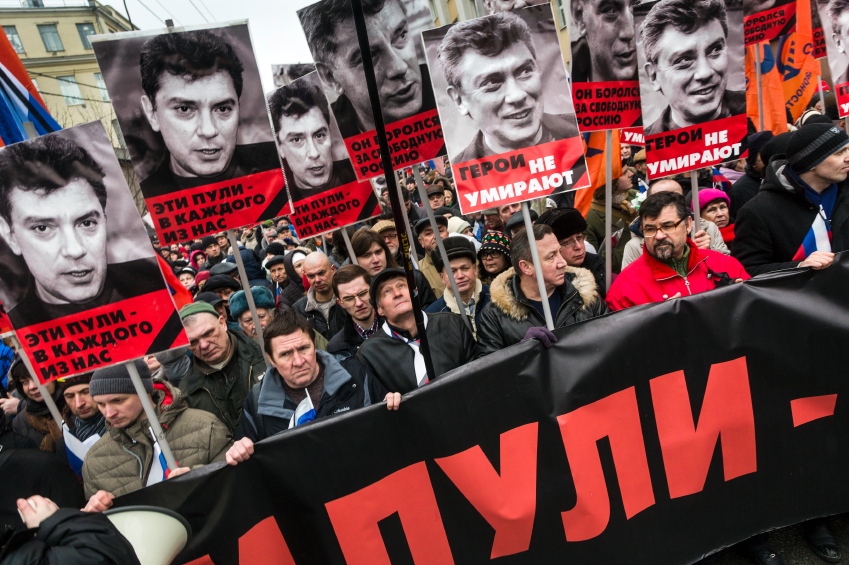 Chess Grandmaster Garry Kasparov is now Chairman of the Human Rights Foundation.  He has been a long-time, outspoken critic of Putin’s regime in Russia.  In this recent editorial in The Wall Street Journal, he remembers his friend Boris Nemtsov and discusses what Nemtsov’s murder means for Russia’s way forward.

Vladimir Putin  actually started, and ended, the inquiry while Boris’s body was still warm by calling the murder a “provocation,” the term of art for suggesting that the Russian president’s enemies are murdering one another to bring shame upon the shameless.  He then brazenly sent his condolences to Boris’s mother, who had often warned her fearless son that his actions could get him killed in Putin’s Russia.  Hours after Boris’s death, news reports said that police were raiding his home and confiscating papers and computers.  President Putin’s enemies are often victims and his victims are always suspects.  Boris was a passionate critic of Mr. Putin’s war in Ukraine and was finishing a report on the presence of Russian soldiers in the ravaged Donbas region, a matter that the Kremlin has spared no effort to cover up…

The early themes in Mr. Putin’s reign – restoring the national pride and structure that were lost with the fall of the Soviet Union – have been replaced with a toxic mix of nationalism, belligerence and hatred. By 2014 the increasingly depleted opposition movement, long treated with contempt and ridicule, had been rebranded in the Kremlin-dominated media as dangerous fifth columnists, or “national traitors,” in the vile language lifted directly from Nazi propaganda.  Mr. Putin openly shifted his support to the most repressive, reactionary and bloodthirsty elements in the regime.  Among them are chief prosecutor Alexander Bastrykin, who last week declared that the Russian constitution was “standing in the way of protecting the state’s interests.”  In this environment, blood becomes the coin of the realm, the way to show loyalty to the regime.  This is what President Putin has wrought to keep his grip on power, a culture of death and fear that spans all 11 Russian time zones and is now being exported to eastern Ukraine.

Boris Nemtsov was a tireless fighter and one of the most skilled critics of the Putin government, a role that was by no means his only possible destiny.  A successful mayor in Nizhny-Novgorod and a capable cabinet member and parliamentarian, he could have led a comfortable life in government as a token liberal voice of reform.  But Boris was unqualified to work for the Putin regime.  He had principles, you see, and could not bear to watch our country slide back into the totalitarian depths.  And so Boris launched his big body, big voice and big heart into the uphill battle to keep democracy alive in Russia.  We worked together after he was kicked out of Parliament in 2004, and by 2007 we were close allies in the opposition movement.  He was devoted to documenting the crimes and corruption of Mr. Putin and his cronies, hoping that they would one day face a justice that seemed further away all the time.